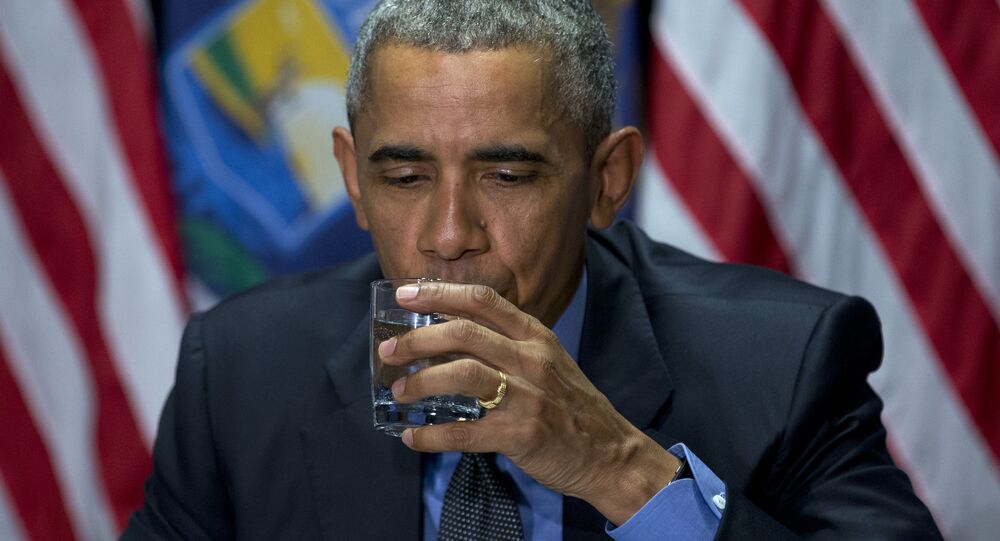 The State of Michigan agreed to provide bottled water and water filters to Flint residents after a federal emergency declaration ends, but the government’s Band-Aid solutions continue to fail.

On Thursday, the state of Michigan announced that Flint residents will continue to receive water supplies even after a federal emergency declaration concerning poisonous lead in the city’s drinking water expires on August 14.

The announcement allays concerns by many residents who continue to suffer even despite the provision of bottled water who feared their children would once again be exposed to greater levels of toxic lead.

After the situation in Flint came to light, the Obama administration ordered the Federal Emergency Management Agency (FEMA) to intervene providing aid under a 75 percent federal and 25 percent state cost-sharing agreement, but after August 14 the state of Michigan will bear the full cost of the service.

The city of Flint became ravaged by lead levels exceeding the maximum federal safety level of 15 parts per billion (ppb) by a magnitude of 1000 after a state-appointed emergency manager switched the source of water from Detroit’s municipal water system to the Flint River in order to meet budgetary demands.

The corrosive river water caused lead to leach from aging pipes into drinking water, an issue that can now not be reversed by switching away from Flint River water but instead requires a full replacement of nearly all pipes in the city of 100,000 residents.

The city first switched its water away from the Flint River in October 2015, a year and a half after residents were first exposed to toxic lead, after a flood of sick children started testing positive for lead poisoning in area hospitals.

The Flint Water Crisis has become a key political issue for Democrats seeking to garner favor from the impoverished community in the Primary elections. Both Bernie Sanders and Hillary Clinton have called on Michigan’s Governor Rick Snyder to step down from office after local news affiliates determined that the he knew of plans to switch Flint residents’ water to the unsafe river water back in 2013.

On May 4, 2016 President Obama came to the city of Flint to drink a single glass of the city’s water, mimicking a similar publicity stunt carried out by Governor Snyder, to demonstrate that the filters provided to residents made drinking water safe.

However, lead test results on filtered Flint water still sporadically indicate lead levels as much as 2000 times the federal safety standard because the filtration system are not designed handle the high degree of lead in the city’s pipes.

The residents of the low-income city appear to be fully aware of the situation despite political posturing with a recent poll finding that 70% of respondents do not believe government assurances that the water filters protect them from lead poisoning whereas only 11% believed state and national officials.