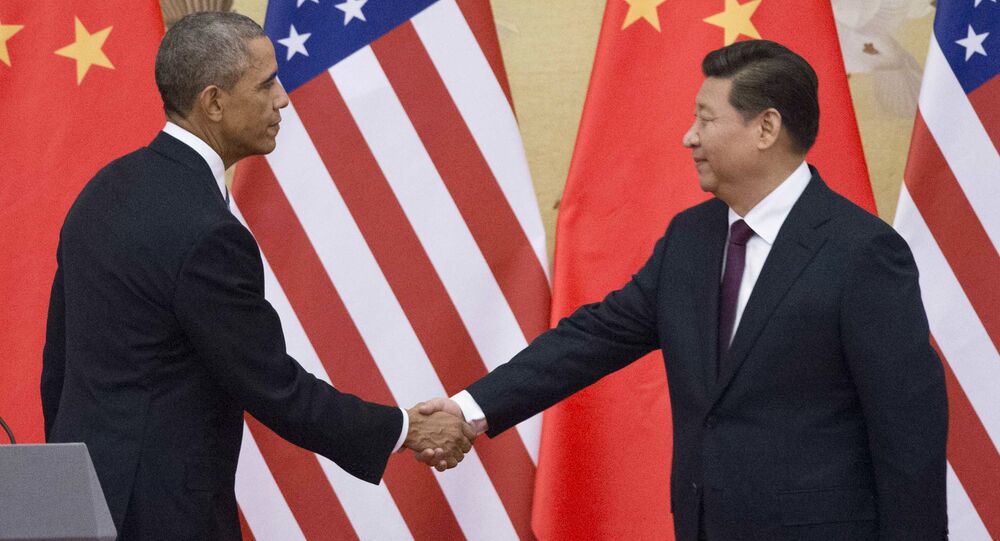 Beijing looks to garner international favor through a massive investment effort in Europe and Asia.

China is now nearly three years into Xi Jinping’s cooperative development strategy with European partners known as “One Belt, One Road,” or the “New Silk Road.” The plan is part of China’s push to leverage their economic potential to maximize geopolitical influence.

The land-based project includes countries situated along the original Silk Road through Central Asia, West Asia, the Middle East, and Europe, and calls for greater integration with the hopes of developing a cohesive economic zone.

The complimentary Maritime Silk Road Initiative expands the project through several contiguous bodies of water, including the South China Sea, the South Pacific Ocean, and the Indian Ocean, as a means to blunt US inroads into China’s regional economic hegemony.

The centerpiece of the project is the Asian Infrastructure Investment Bank (AIIB), a corollary to the US-backed World Bank, that provides China an outlet to influence regional policy while granting European investors opportunities for investment.

In its first years, over $200 billion of infrastructure projects have been planned for construction and another $1 trillion in projects are on the horizon, dwarfing US foreign investment by several orders of magnitude.

A proliferation of economic prosperity to purchase political goodwill is not novel, as many compare the Chinese effort to the post-World War II Marshall Plan, an enormous investment effort into Europe ostensibly to prevent the continent from becoming communist and becoming a satellite region in the Soviet Union’s sphere of influence.

More recently, China has employed a similar strategy in Africa, leading many of the continent’s countries to support Beijing’s positions in the United Nations and, in Afghanistan, to garner Kabul’s support for China’s territorial positions in the South China Sea dispute.

As the US continues to expend resources to maintain its sphere of influence in the West by bankrolling NATO, despite growing economic deficits, regional advances by China leave Washington scrambling.

As part of the effort to counter Chinese influence, US President Barack Obama spent last week on a tour of Asia, offering concessions to Vietnamese President Tran Dai Quang in the form of eliminating a five-decade arms embargo and bowing to Japan’s Shinzo Abe while apologizing for the atomic holocaust visited upon Hiroshima and Nagasaki.

Washington looks to fritter away millions of American jobs to China’s neighbors with the hotly-debated Trans-Pacific Partnership deregulated-trade agreement, despite massive voter opposition to the arrangement. President Obama has expressed his intent to force the job-killing measure through procedural technicality at the end of his presidency, simply to counter China.

​"China is using its influence as a means to an end, which is political influence, but that is the long game," explained Lee. "China is following what the US did with the Marshall Plan, which was an economic measure to boost Europe’s economic activity, but it was also a means to an end to prevent Europe from falling into Communism and Russia’s sphere of influence politically, and so this has a lot of precedence and China is basically following in the same footsteps."

Lee explained that the US and Europe are engaging in financial statecraft throughout the world, citing IMF and World Bank loans that require recipient countries to agree to terms that include opening up their financial markets, adopting certain governing principles, and adhering to human rights standards.

How has the New Silk Road impacted Chinese-European relations?

"I would say that relations are warming," said the professor. "China has been pretty assertive about going to Europe with various deals. They have already announced deals with Scotland, Italy, and many countries."

Lee suggested that Europe has a lot to be gained by the arrangement, given the continent’s stagnating economy and the desire to explore emerging markets.

"China is offering a way for Europe to reach these markets, so for both sides it is a win-win, and it is fair to say that both sides would only engage in these negotiations if they see benefits to themselves," said Lee.

What stands in the way of expanding relations between China and Russia?

"I think it would mostly be the US taking objection," noted the professor. "We saw the US objecting to Europe taking part in China’s Asian Infrastructure Investment Bank and we’ll likely continue to see the US continue to provide obstacles to prevent Europe from getting too close to China."