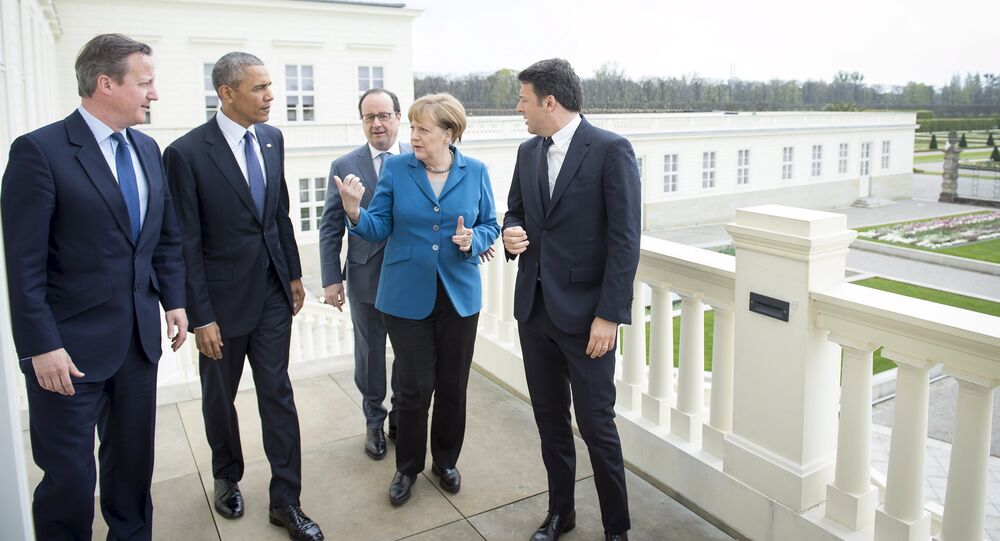 Europe Backs Away from TTIP, UK Voters May Leave EU to Avoid US Trade Deal

The controversial free-trade agreement leaves the European people with nothing more than Monsanto’s freaky fruits while bankrupting the continent’s agricultural industry.

The European Commission (EC) is now cobbling together a coalition to support the controversial TTIP as it nears the final hours of debate. The president of the EC, Jean-Claude Junker, traveled to Paris to speak to a convention of French mayors in hopes of reaffirming support, ahead of an EU summit later this month. Juncker faces an uphill battle in France, where transportation workers have taken to the streets to oppose a separate EC-imposed economic mandate that strips workers of overtime pay and other benefits.

Surprisingly, it is the Conservative British government of David Cameron, whose governing coalition faces collapse if voters abandon the EU, which stands most vocally in favor of the deregulation deal.

The controversy surrounding TTIP is several-fold for Europeans, not least of which is the unusual secrecy of the negotiations. European political officials have been barred from revealing the contents of the deal, and, at most, are allowed to sit in a room with the document and make notes.

Europe’s agricultural sector is especially said to face destruction under the details of the arrangement. The European continent maintains a strong tradition of family farming, along with some of the most strict food-safety standards in the world. Elements of the treaty would make it impossible for those small farmers to compete with low-cost American agricultural multinational corporations like Monsanto or Cargill, who would take advantage of generous tax breaks, lax standards on pesticides, copyright-protected genetically-modified produce, widespread hormone use, and poor animal safety, all to increase product yields, company profits and shareholder satisfaction.

On Tuesday, Loud & Clear’s Brian Becker sat down with commentator John Hilary to discuss whether the deal may move forward despite European and EU dissent.

​Why are negotiations now faltering, with rumors that TTIP may be dead?

"Well I think what is really beneath it is that, on both sides of the Atlantic, the negotiations on TTIP are running into serious political trouble, because over here, in Europe, we are seeing more and more countries, particularly those countries that have elections coming up soon, unwilling to step forward and embrace TTIP, because they realize it is so unpopular with the electorate," explained Hilary.

"We are hearing politicians in Germany, France and Greece say that we don’t really like what is going on, so they start the blame game, saying that it is the United States’ fault, that they haven’t offered enough, that they are getting off without any of the hard work, and all of the benefits," said the commentator.

@FuriousKurd
Trouble in Paradise? Turkey, US Clash Over Weapons, Security

Hilary suggested that European officials are now developing TTIP-exit strategies if the arrangement becomes too politically toxic to advance. "If you are the ones who are going to pull the plug in trade negotiations, then you have to have a strong reason why you were pulling away, and the reason always has to be that it was the other side’s fault. That is why you are seeing the blame game now," said the analyst.

Hilary said that, although European reticence has sparked increased tumult in TTIP trade negotiations, US negotiators face similar difficulties, with an electorate queasy about the purported benefits of deregulated-trade agreements. He explained that it is “less and less possible for a President entering the White House to be anything but negative towards this deal,” noting that even fervent trade-deal advocate Hillary Clinton has softened her position in recognition of its unpopularity.

Will TTIP place European farmers at a disadvantage?

"Oh yes, absolutely," said Hilary. "I think it is quite clear that the US will force open the markets of European agriculture in a way that is really damaging for UK and EU farmers, because the difference is this, in the European Union the majority of farms are still much smaller family farms than in the US."

He explained that Europe has thousands of small- to medium-sized farms that, under European law, are held to much higher standards of animal welfare and farming protocols, and are barred from using hormones, pesticides, and herbicides, indicating that local farmers would at a substantial disadvantage to US agricultural multinational corporations.

"What the farmers on our side are saying is that, if they are brought into direct competition with US agricultural producers, that competition is unfair competition."