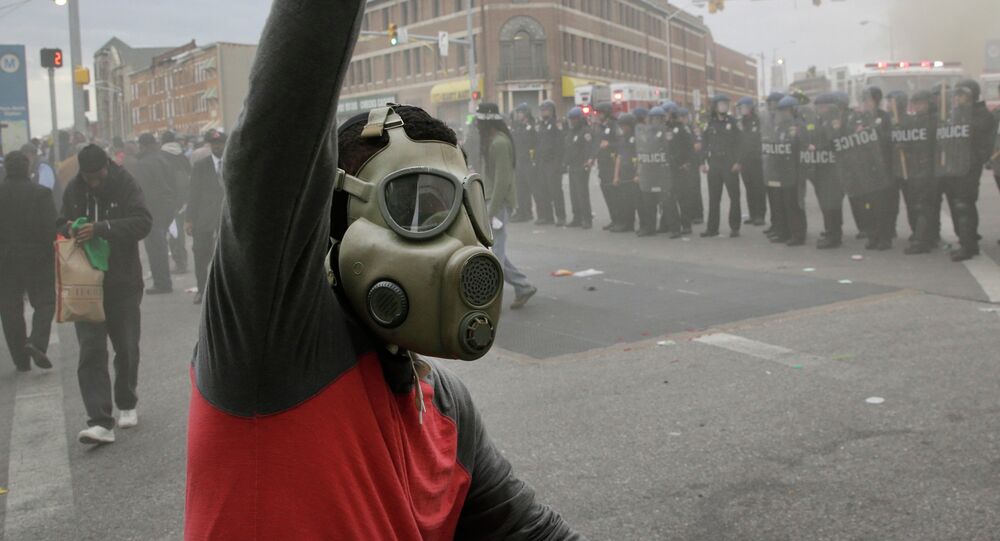 Despite receiving numerous Public Information Act (PIA) requests from one of America’s most reputable newspapers, The Maryland Transit Administration (MTA) has refused to release footage of last year’s riots in fear that it could "facilitate the planning of a terrorist attack."

On Monday, April 27, 2015, huge cadres of Baltimore City Police collected at the Mondawin Mall in West, Baltimore, Maryland, stopped bus services, and corralled local youth, who were just getting out of school, based on a “tip” they received that civil disobedience was being planned in response to the death of Freddie Gray, who was killed by police on April 19, 2015.

What followed was the unrest police had predicted, and the now famous Baltimore riots of 2015.

© AP Photo / Baltimore Police Department via AP, File
Cop Charged in Freddie Gray Death Walks Free: How Long Will Baltimore Have to Wait for Justice?
However, since that time, the intelligence police acted upon has been called into question, and law enforcement, rather than the protesters, have been accused of provoking youth towards fighting back.

The Baltimore Sun has since twice requested the city government to release video footage of that day, which it possesses, through PIA requests. The most recent of these requests was denied last week.

“The Sun asked for any footage within a certain time frame showing emergency personnel inside the Mondawmin Metro station or crowds of police or civilians or bus activity outside the station,” reported the paper.

However, the MTA denied the request because of “Homeland Security concerns.” The Sun would have to get permission from the federal Transportation Security Administration.

“But if The Sun were to get that permission, it said, the MTA still would deny the footage based on its belief that the footage ‘would reveal the facility's safety and support systems, surveillance techniques, and security systems and technologies,’ as well as ‘jeopardize the security of the facility; facilitate the planning of a terrorist attack; and endanger the life or physical safety of the public,’” wrote The Sun.