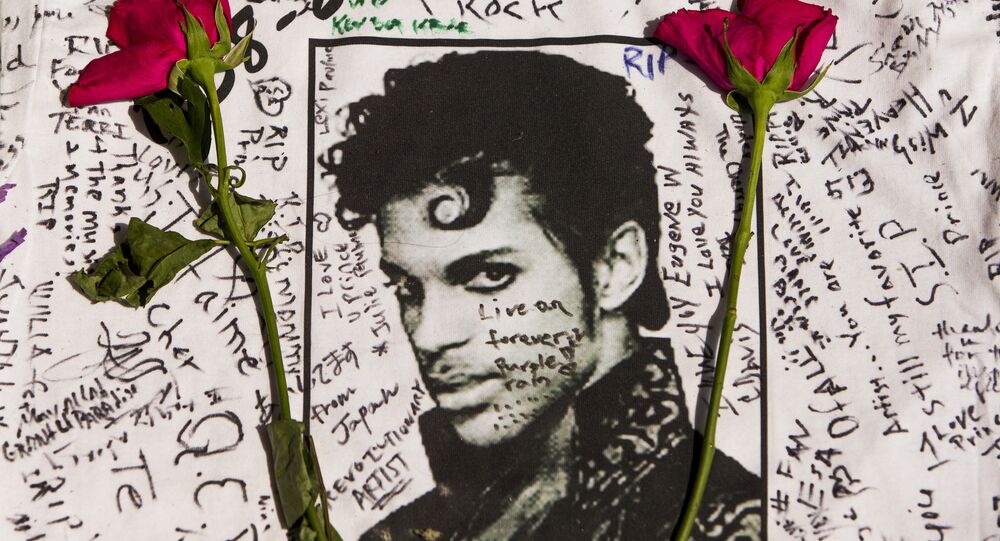 Prince, the pop legend who was the number one selling artist in the world, having sold 100 million records in his lifetime, may set a new record yet: in the first 3 days after his death, over 579,000 albums were sold.

© AP Photo / Jim Mone
Sales of Prince's Music Soar Following Iconic Artist’s Death
On April 21 alone, Prince sold a total of 1 million songs and 230 thousand albums — a staggering jump from the 4,300 albums sold in the last five days of his life, according to BuzzAngle Music.

Many artists’ popularity has experienced a huge surge after their death, with recently deceased music icon David Bowie’s music sales increasing by 5,000% and Michael Jackson having sold more albums after his death in 2009 than during his career.

‘It’s Like the gold Rush Out There. No Boundaries’

You won’t find Prince’s music on streaming sites, at least not with his approval. The artist fought tirelessly for copyrights during his lifetime, and is regarded a champion of artists’ rights. He even went to war with his own label, Warner Brothers:

“Prince is the name that my Mother gave me at birth. Warner Bros. took the name, trademarked it, and used it as a marketing tool to promote all of the music that I wrote. The company owns the name Prince and all related music marketed under Prince. I became merely a pawn used to produced more money for Warner Bros.”

Prince, born in Minneapolis, Minnesota on June 7, 1958, has been an icon in the entertainment industry for over three decades, and continues to captivate the public even after his untimely death at age 57 on April 21, 2016.