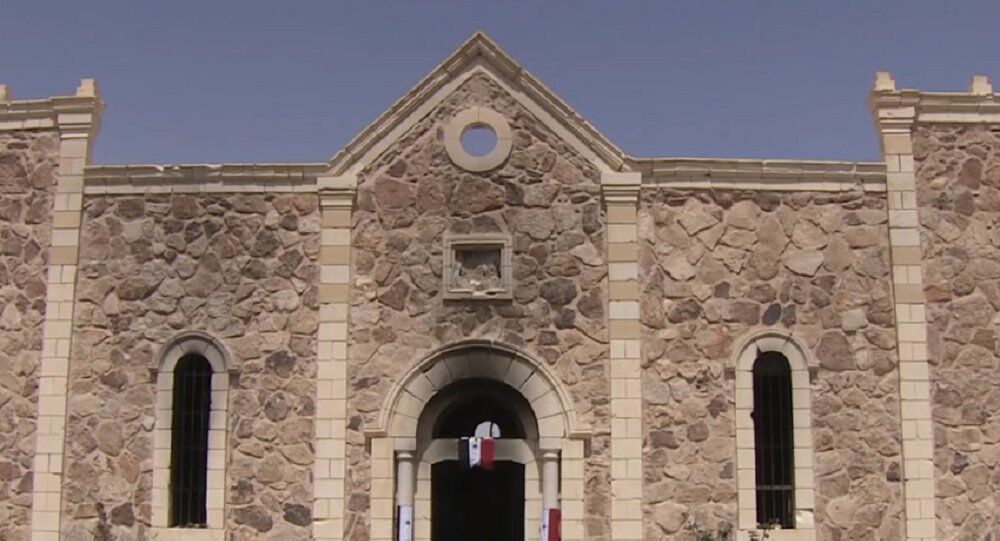 Legally recognized as a religious organization in New Zealand, the Church of the Flying Spaghetti Monster cooked up its first official wedding this weekend. Marriage is the latest step members of this untraditional spiritual group have taken to be recognized as belonging to a legitimate, religious entity.

Toby Ricketts and Marianna Young of New Zealand got married this weekend, and they owe eternal happiness to a divine mass of noodles in the sky. At least that’s what they claim to believe. Both are devotees of the Church of the Flying Spaghetti Monster, which is legally recognized as a religion in New Zealand.

The couple boarded a charter vessel decorated as a pirate ship on Saturday. An FSM “ministeroni” gave them her blessing. The newlyweds also welcomed aboard friends, family, and fellow “pastafaris” as the church calls its followers.

"I wouldn't have got married any other way,” Young told Radio New Zealand. “A conventional marriage just didn't appeal."

"We will marry any consenting legal adults who meet the legal requirement," Martyn told DW.com.

Although some find the church to be downright silly or a hoax, Martyn insists the FSM church is not satirical and it will strive to be recognized as a legitimate religion worldwide.

Its next mission is to secure the right for its followers to wear colanders on their heads for driver’s license photos. The colander is one of the church’s staples along with celebrating “International Speak Like a Pirate Day.”

The FSM church was founded in Kansas City in 2005, where it grew out of protest. Founder Bobby Henderson wrote a letter to the local school board denouncing its implementation of creationism in the public school curriculum.