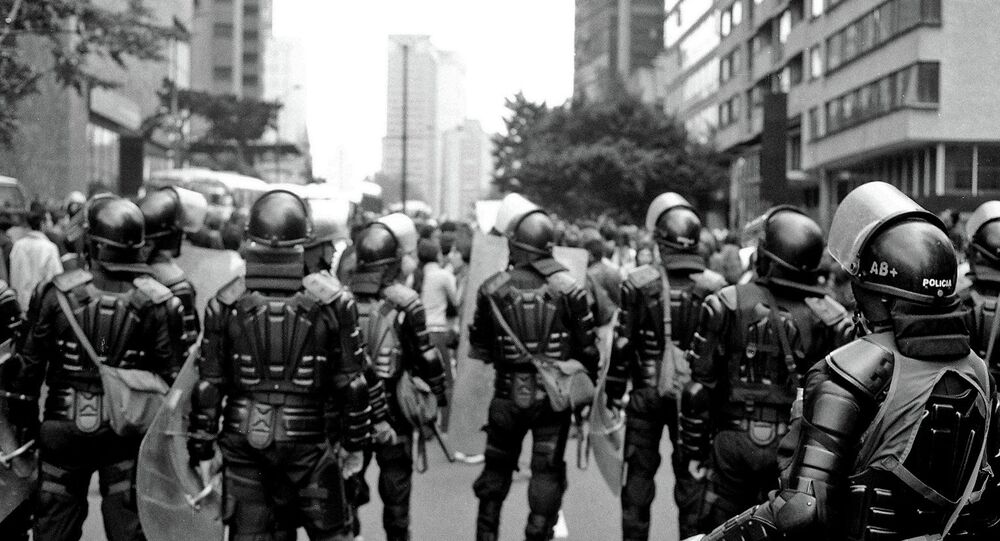 A male prostitution network was discovered among the ranks of Colombian police last month, and it appears to have deep impact on the whole society, according to recent public opinion polls.

According to Colombian media Colombia Reports, the scandal involves some prominent figures in Colombia, namely a deputy minister and police chief who had to resign in February. Apparently, the scandal eroded already low approval ratings for Colombian police among the society in general.

The network in question, called, quite ironically, "The Fellowship of the Ring", was run by senior police officials and operated within the police academy between 2004 and 2008. In a nutshell, the network gave access to sexual services from male police cadets to officers and congressmen, who paid with cars, gifts and large sums of money.

The network was initially discovered in 2014 by a female cadet Maritza Zapata, found dead in 2006. While her death was first labeled a suicide, her family is convinced that it was her discovery that got her killed.

However, the network came to light again in 2015, when a prominent radio journalist Vicky Dávila started airing testimonies from police cadets, revealing stories about sexual harassment from Colombian police's senior members, including its chief, Rodolfo Palomino.

Despite Dávila discovering the unpleasant fact that her broadcasts led to her phones being illegally tapped, she continued on and aired a secretly made recording of a conversation about sexual experiences with then-senator Carlos Ferro. Ferro, who was deputy minister of the interior, had to resign after that.

The inspector general announced a formal investigation on the case, with police chief Rodolfo Palomino being the main suspect. Although his involvement in the prostitution network remains unproven so far, he had to resign from the police service as well.

R. Palomino: "Just as the attorney general's office has been investigating and thus far has not found evidence linking me (to the scandal), I'm sure the inspector general's office won't find anything either."

Unfortunately, her investigation cost Dávila her job at La FM radio station. She is convinced that the president of Colombia Juan Manuel Santos had to put pressure on the parent company to force Dávila to abandon her job.

The scandal, however, brought in much deeper consequences. The Guardian cites a recent Gallup public opinion survey indicating that public approval of the police eroded from not too high point of 60 percent down to 46 percent in December 2015,.

Sergeant Admits to Running Prostitution Ring on Texas Army Base

Gangs Said to Use Voodoo to Force Migrants Into Prostitution

US Imposes Sanctions on 5 Colombian Drug Traffickers Tied to Cartels