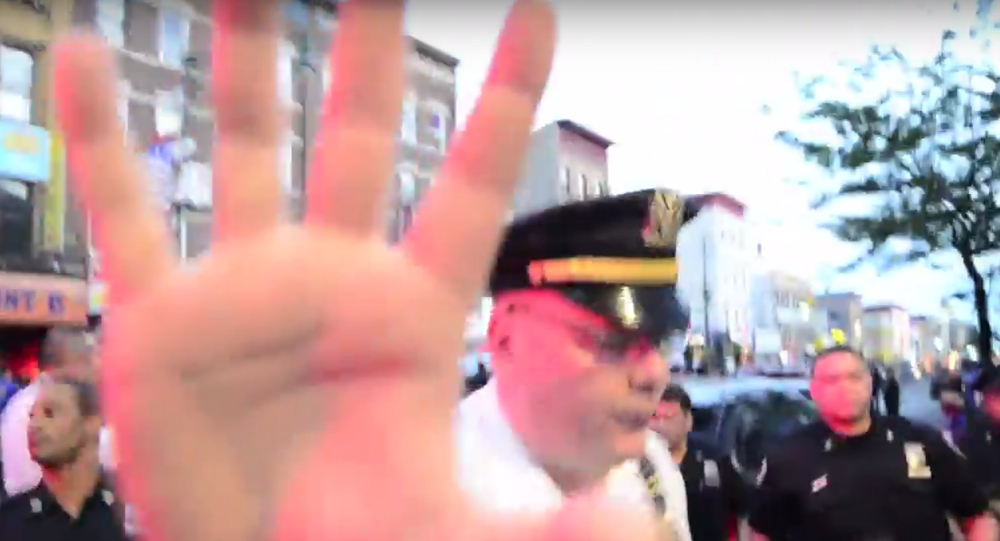 Young Black Men Killed by US Police Hits Watermark in 2015

.In June 2015, the number of unarmed black men killed in the United States by police was twice that of whites, according to a survey by the Guardian.

The investigation found that, of 464 Americans killed this year by law enforcement, 102 were unarmed, and most were African-Americans.

Public records show that in 2015, 32 percent of those killed by police were African-American followed by Hispanics at 25 percent and whites at 15 percent.

Most of those killed by police were young black males aged 15-34. Despite making up just 2 percent of the total U.S. population, African-American males saw the highest percentage of deaths at the hands of law enforcement in 2015. According to a Guardian study, 2015 saw police officers kill 1,134 people in the US. Of these, black Americans by far made up the largest percentage. The study identified that police use more deadly force on blacks than on whites. By the end of 2015, young black American men were 9 times more likely to be killed by police compared to other races, according to the Guardian.

​Backed with government mortality data, the Guardian findings show that one in every 65 young black Americans in the U.S. are killed as a result of an encounter with police. Among the dead was Michael Brown, an 18-year old unarmed African-American teenager killed by a white officer. Brown’s death led to widespread unrest in Ferguson, Missouri, for nearly 16 months. Protesters accused the police of using lethal force on young black Americans, most of whom are unarmed.

“This epidemic is not healthy for our country; it is disproportionately affecting young Americans,” said Brittany Packnett, activist and member of a White House task force on policing. “It is high time we stop this because more promising young lives are going to waste by allowing this to continue to happen,” she added. According to her, criminal justice presents “no deterrent” to the excessive use of lethal force by law enforcement. She made this statement the same week a grand jury in Cleveland, Ohio, chose not to indict an officer over the deadly shooting of Tamir Rice, a 12-year old black American boy who was in a possession of a toy gun when the incident happened. Tamir was barely 15 when he was shot to death by a white police officer.

Of 1134 people killed by police in 2015, 1010 were killed by guns; implying that most of the African-Americans killed by police officers in 2015 died from gunfire. The remaining 124 killed by police died by other means, including 41 people, such as Freddie Gray, who died while in police custody, and another 49 after Taser-related incidents. To reduce police killings, the FBI (Federal Bureau of Investigation) has called for mortality data, previously allowed to “disappear,’ to be reported by all law-enforcement agencies. “It is embarrassing and ridiculous that the U.S. government did not hold comprehensive statistics,” said James Comey, FBI director.

Protesters Against US Police Brutality to Gather in Baltimore

Honduras Police Detain 5 Syrians Heading for US With Stolen Passports