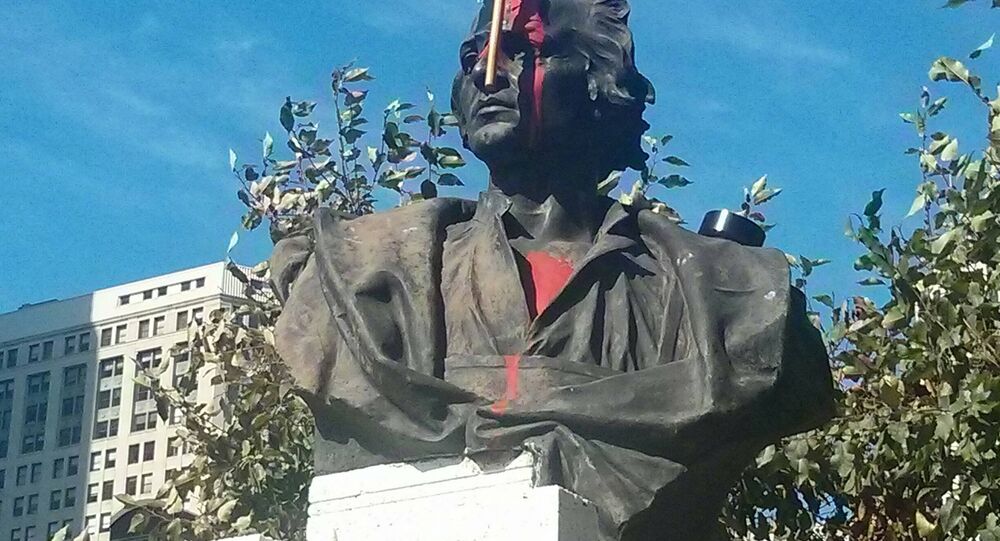 Residents of Downtown Detroit woke up on Columbus Day to find that vandals had defaced the bust of Christopher Columbus outside of the Renaissance Center.

A bloodied hatchet glued to Columbus’s head was uploaded to Reddit, which went viral, as a protest against Columbus’s legacy of colonialism and displacement of Native Americans.

“[…] it appears that someone has vandalized the bust of Columbus located outside of Detroit’s Renaissance Center. A photo posted to Reddit shows what looks like a bloody hatchet blow to the statue’s head.Located at Jefferson Avenue and Randolph Street, the statue was created by Italian sculptor Augusto Rivalta and dedicated to the city of Detroit on Oct. 12, 1910.”

A Genoese merchant who was hired as a mercenary by the Castilian-Aragonese monarchs Isabel I and Ferdinand V in the Iberian Peninsula to find the New World, Columbus’s likeness found celebration by Italian-Americans associated with the Catholic Church in the late 1800s. In recent years, he has become the object of scorn by coalitions of anti-colonialists and Indigenous peoples groups. A growing number of cities and states have begun celebrating Indigenous Peoples’ Day in place of Columbus Day each year.