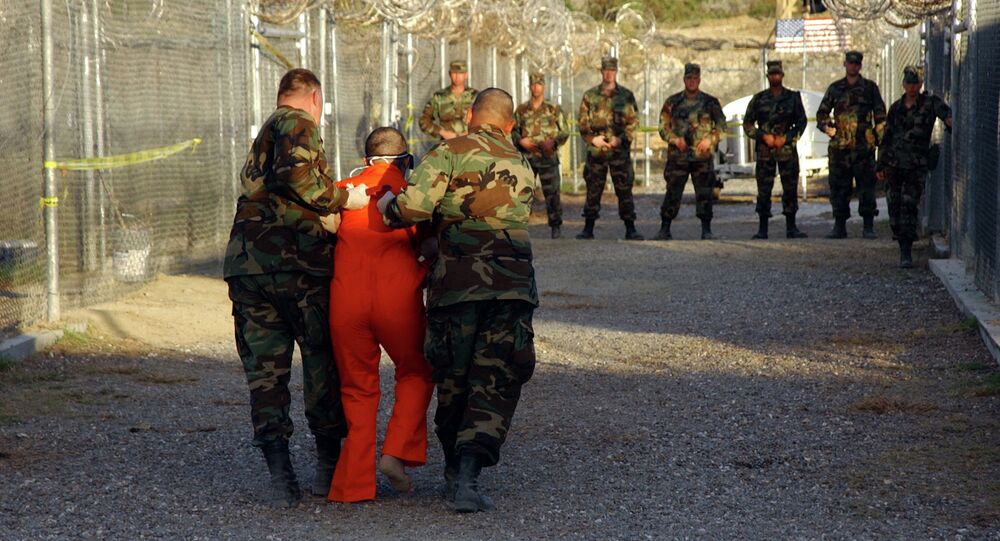 After being detained by the United States without charge for 13 years in their “War on Terror,” Moroccan citizen Younis Abdurrahman Chekkouri was repatriated to his homeland last week, but was not immediately released by local Moroccan authorities.

Despite Chekkouri being transported out of American custody and not ever being charged, his attorney contends that his brutal mistreatment continued as he was blindfolded and shackled during his flight back to Morocco.

Cori Crider of human rights legal charity Reprieve was horrified to learn that his client had his arms shackled to his legs during the ten-hour flight. He was also blindfolded and forced to wear sound-cancelling earmuffs. Crider reported that the treatment “replicated the total sight and sound deprivation he experienced when he was first rendered to Guantanamo.”

“Younis was tortured and brutally mistreated for years during his Guantanamo ordeal,” Crider said, according to ShadowProof.com. “As if this weren’t enough for a man the US government would later declare should never have been imprisoned in the first place, he then spent the flight back to Morocco blindfolded and with his arms shackled to his legs. We are very concerned for Younous’ health during his ongoing detention in Morocco and urge the authorities to release him as soon as possible.”

According to Reprieve, Chekkouri was born in Morocco and moved to Pakistan with his siblings when he was 22. He suffered “a series of family tragedies” which led him to find work and less expensive studies in Yemen and Syria. In June 2001 he moved to Afghanistan to work for a charity helping Moroccan youths in the country.

After the September 11th attacks and subsequent devastation brought about by the US invasion, Chekkouri was captured by a local militia and sold to American forces, who gave him “enemy combatant” status and sent him to Guantanamo Bay.

Chekkouri was cleared for release in 2009 by Obama’s review task force. Despite the fact that Chekkouri was never charged with any offense during his incarceration, he was handed over to be arrested and detained by Moroccan authorities.

Morocco is one of a number of nations to which the United States has rendered suspects to prisons where they have been reportedly subjected to torture. And releases of detainees from Guantanamo back to their home countries without regard as to whether they would be re-imprisoned immediately after leaving American custody have been common.

© AP Photo / ANDRES LEIGHTON
A detainee is escorted to interrogation by U.S. military guards at Camp X-Ray at Guantanamo Bay.

US Governors to Fight Obama on Relocating Guantanamo Prisoners to America