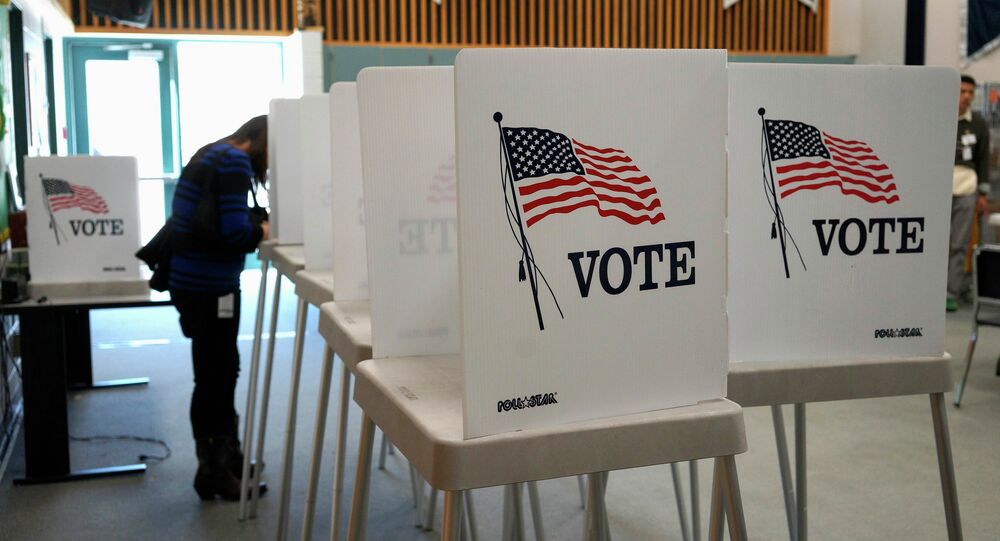 A new report by the Brennan Center for Justice at NYU Law School says that dozens of states face the prospects of voter machine breakdowns similar to the ones that happened in Florida during the 2000 election.

“The problem of aging and outdated voting equipment is national and widespread,” the Brennan Center report concluded in a comprehensive look  that found the vast majority of voting machines used across America predate the first iPhone. Most machines bought between ten or 15 years ago “were designed and engineered in the 1990s,” wrote Dana Chisnell, director of the Center for Civic Design and MIT scientist. “We ignore it at our collective peril. A majority of jurisdictions in 2016 will be using machines at or near the end of their projected lifespans.”

In the 1990s, voting machines first started to be engineered to have computer systems tabulating the vote. While this may have been seen as a modernization by most, the digital framework of the operating system, hardware and software seems to actually have engineered even more problems. And this is before even the age of the new digital system is even factored in. While the alleged great offender during the 2000 election in Florida was argued as the hanging chad, a voting system that had no uniformity with electronic machines that have been found to be easily exploitable have done most of damage.

Aging electronics, faulty memory, ancient security vulnerabilities, even the political connections of the makers of the voting systems technology itself, all pose threats to undermining Americans’ right to vote.

“The biggest risk is increased failures and crashes, which can lead to long lines and lost vote. Older machines can also have serious security and reliability ﬂaws that are unacceptable today. For example, Virginia recently decertiﬁed a voting system used in 24 percent of precincts after ﬁnding that an external party could access the machine’s wireless features to “record voting data or inject malicious data.” Smaller problems can also shake public conﬁdence. Several election oﬃcials mentioned “ﬂipped votes” on touch screen machines, where a voter touches the name of one candidate, but the machine registers it as a selection for another.”

There were a rash of different problems in particular in Virginia during the 2014 election. In one instance, a machine named WinVote had Wi-Fi  that was not EAC certified and was easily exploitable.

© Photo : Jaclyn O'Laughlin
Some US voters waited for hours to cast their ballots due to long lines and defective voting machines at polling stations.

"In particular, investigators found that wireless cards on the voting systems could allow “an external party to access the [machine] and modify the data [on the machine] without notice from a nearby location.” They added that “an attacker could join the wireless ad-hoc network, record voting data or inject malicious [data.]”

"The Virginia [elections] Board also investigated problems with a diﬀerent touch screen machine, the AccuVote TSX, which is used in some form in 20 other states. In 2014, voters in Virginia Beach observed that when they selected one candidate, the machine would register their selection for a different candidate. This issue, the result of an “alignment problem,” affected 26 Virginia Beach machines."

While machine based punch ballots seem to have had some degree of resilience for decades before the advent of digital technology, the same can’t be said for its modern counterparts. Even optical scan machines working with paper ballots have issues with computer hardware failing on the day it matters most. Finding after-market parts for voting machines is not as easy as that for cars, which has left some in certain jurisdictions scrambling with MacGuyveresque fixes to keep their voter machines functional.

Even then, looking for the most simple fix is not always the most safe or practical. Brennan center surveyed election officials who said they “would like to use systems that employ commercial off-the-shelf hardware, such as an iPad or Android tablet as a ‘digital ballot marking device.’ Voters could combine these touch screen products with COTS printers that then produce a paper ballot for the voter to review. The voter could then submit this ‘paper ballot’ into a scanner’ which tabulates and stores images of the ballot.” Security vulnerabilities in those devices’ hardware, specifically the wi-fi, GPS and bluetooth can give hackers easier access than ever before.

Despite the repeated warnings and pleadings to Congress over the years regarding the urgency of the issue, naturally they seem unlikely to do anything because partisan gridlock and the lack of political will have made this needed reform impossible. The Brennan Center, as a result, are advising local election officials to go the MacGuyver option by making as many repairs as necessary, and to train local poll workers in contingency plans to operate the machines.

Until there is the political will to create a nationwide standard for voting machines, these problems will continue to undermine our democracy and voting rights, as if we didn’t already have enough to worry about besides the machines.

Unverifiable Voting Machines (and How to Hack Them)