In a decision that’s sure to fuel the many conspiracy theories swirling around Jade Helm 15, the Pentagon announced that the massive military exercise across the American Southwest will be conducted without media coverage.

Beginning next week, the US Army Special Operations Command will conduct a huge military exercise expected to involve over 1,200 troops. Continuing through September 15, the drills will occur across seven US states.

Latching onto slides published by the military in March which depict the states of Texas and Utah as “hostile,” conspiracy theorists have built upon a fear that Jade Helm is the US government’s way of preparing for martial law. 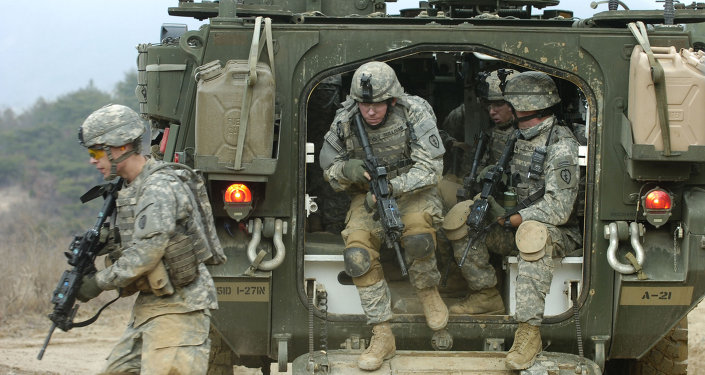 While most have dismissed the claims as absurd, Texas Governor Greg Abbott has decided to deploy the State Guard to monitor the exercise. That decision was called “pandering to idiots” by State Representative Todd Smith.

Nevertheless, the Pentagon’s latest announcement is sure to add fuel to the fire. Responding to a request for coverage from the Washington Post, a military spokesman confirmed that embedded journalists will not be allowed to cover the exercise.

“All requests from the media for interviews and coverage of US Army Special Operations Command personnel, organizations and events are assessed for feasibility and granted when and where possible,” Lt. Col. Mark Lastoria said in a statement released to the Post.

“We are dedicated to communicating with the public, while balancing that against the application of operations security and other factors.”

There are any number of reasons why a military drill would not permit media coverage. Security concerns are always an issue, as is the potential release of sensitive military strategy. But it’s certainly not an unprecedented proposal. Robin Sage, a training exercise in North Carolina, was recently covered by a journalist for Our State Magazine. Other Special Operations drills conducted overseas have also occasionally been observed by reporters.

Are Jade Helm 15 Drills Disguise to Enact Martial Law in US?