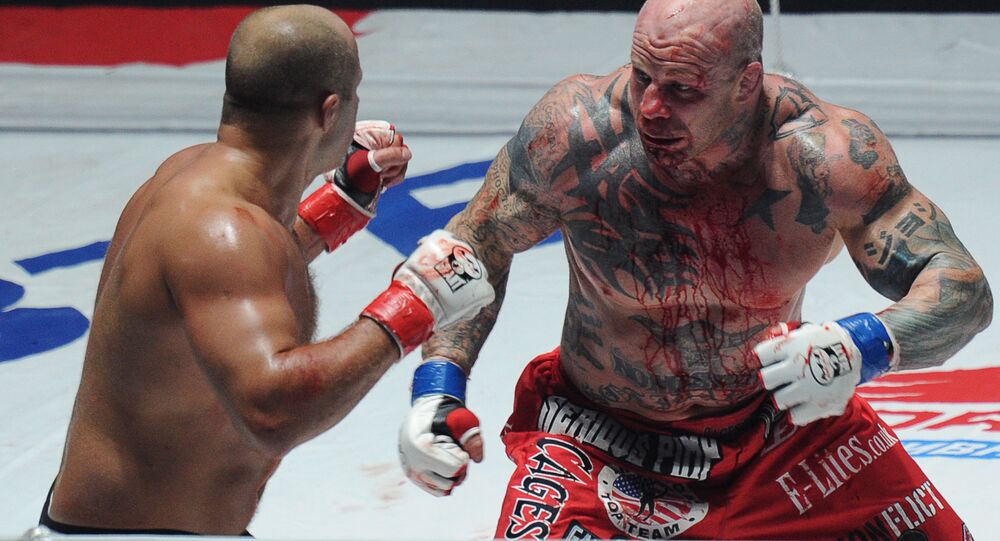 The US-born fighter says he feels “Russian in spirit,” and is waiting for a verdict from the Russian authorities on his citizenship application.

© Sputnik / Alexei Druzhinin
Jeff Monson Donates His Pay-Check to Donbas Children (VIDEO)
American mixed martial artist Jeff Monson is waiting for the Russian authorities' decision on whether his long-held desire to become a Russian citizen will be realized, the fighter told the media on Friday, having handed in the necessary documents.
© Sputnik / Maksim Blinov
Russia Imposed Travel Ban on EU Citizens in Response to Sanctions
“I feel Russian in spirit, and recently I've been spending more and more time in your country,” Monson, who  in 2013 first spoke of his desire to get Russian citizenship, told an interviewer with the TV channel Dozhd on Friday.

Last year Monson, who is also known as 'The Snowman', said he “will be very glad and happy” to receive Russian citizenship.

“It takes some time, particularly at the moment, when there are problems – sanctions – between Russia and the US. But I hope that within a couple of months that will be finished.”

Monson, who sports two tattoos inked in Russian, the words svoboda [freedom] and solidarnost [solidarity], told the interviewer on Friday that in his opinion, laws in Russia are better observed than in the USA.

The fighter also said that he doesn't want to enter the ring flanked by an American flag. Previously, he has entered the ring accompanied by the anthem of the Soviet Union.

In February, after competing in and winning a mixed martial arts tournament in Moscow, Monson announced he was donating his appearance fee to the children of the war-torn Donbas region of Ukraine.

“I'm donating the whole fee from the fight to the children of Donbas, who are suffering from war. They need this money,” explained Monson after the fight.

The fighter, who in addition to being one of the leading proponents of mixed martial arts, is a world champion in Brazilian ju-jitsu, announced in September of last year his intention to financially assist the inhabitants of the Donbas region.

“I want to collect money to send to the residents of Donbas. In the towns of the region, homes and schools are destroyed. It's a terrible sight,” he said.