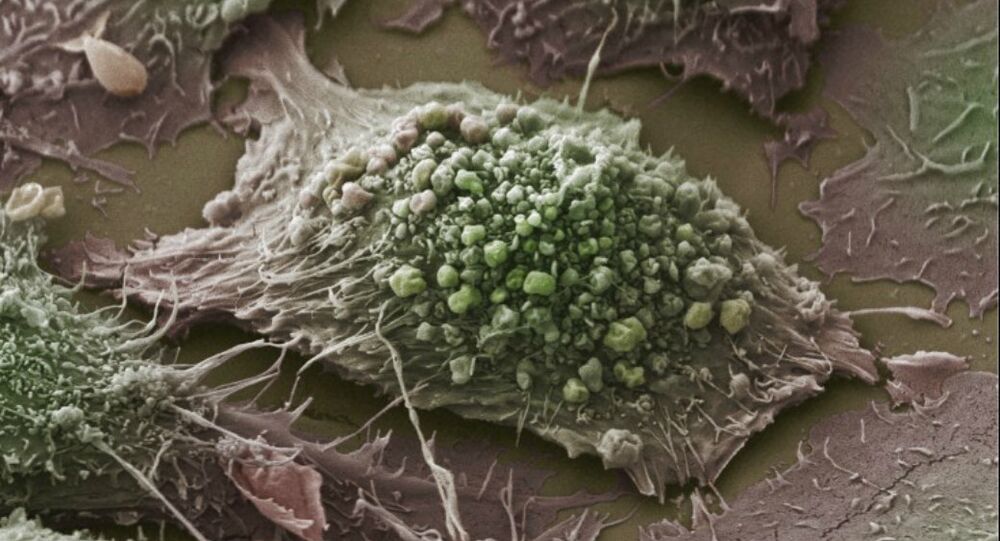 Scientists are hailing a breakthrough in cancer treatment they hope will usher in a "new era" for those battling the disease by using the body's own immune system to attack cancerous cells.

New "immunotherapy" drugs showing "spectacular" results either halted or reversed growth of the disease in more than half the patients with advanced melanoma in a trial led by British researchers.

The results, presented at the American Society of Clinical Oncology’s annual conference in Chicago, show that the two drugs used in combination — called ipilimumab and nivolumab — give a sort of double boost to the body's natural immune system, which can't recognize cancer cells as harmful.

One of them prevents the cancer cells from going undetected, "It almost unmasks them, unveils them to our immune system, " Dr. Aine McCarthy from Cancer Research UK told CNN. The second boost the number of immune cells then available to attack the newly exposed cancerous cells.

"By giving these drugs together you are effectively taking two brakes off the immune system rather than one so the immune system is able to recognise tumours it wasn't previously recognising and react to that and destroy them," Dr. James Larkin, a consultant at the Royal Marsden Hospital and a lead investigator in the UK, told the BBC.

The international trial — backed by the maker of both drugs, Bristol Myers-Squibb — tested the combination on 945 patients with advanced melanoma.

For 58% of the patients treated, their cancer was kept from advancing for a nearly year. Tumors either held stable or shrank for an average of 11.5 months. Ipilimumab used alone, on the other hand, only had a 19% rate of stopping or shrinking tumors, and only for about 2.5 months on average.

"This is a treatment modality that I think is going to have a big future for the treatment of cancer."

But researchers do urge caution, as the trial revealed that many patients had severe side effects resulting from the combination treatment, as more drugs in the system mean a greater chance of an adverse reaction.

In fact, 36% of the patients receiving the drugs had to drop out of the study because their side effects  - which included inflammation of the stomach or bowel — were too severe to continue.

Nell Barrie, a spokeswoman for Cancer Research UK told CNN that the treatment should be seen as "another weapon in the arsenal," but that it would be premature to expect it to replace surgery or chemotherapy.

Barrie said the 2-drug combination could be useful for hard-to-treat cancers like the melanoma it was tested on, or advanced lung cancer or cancers that have spread extensively in the body.

At the conference on Sunday, the chief of medical oncology at Yale Cancer Centre, Rob Herbst called the poss "spectacular" and thinks we are looking at a "paradigm shift in the way oncology is being treated."

Though it's too early to know the ultimate future of the 900-plus patients included in the study, Herbst was optimistic.

"I’m seeing this work in almost every cancer,” Herbst added. "The potential for long-term survival, effective cure, is definitely there."

The types of cancer that this treatment could be used on account for up to one —third of all cancer deaths each year — some 50,000 cases, according to Alan Worsley, senior science information officer at Cancer Research UK.

"The evidence emerging from clinical trials suggests that we are at the beginning of a whole new era for cancer treatments."