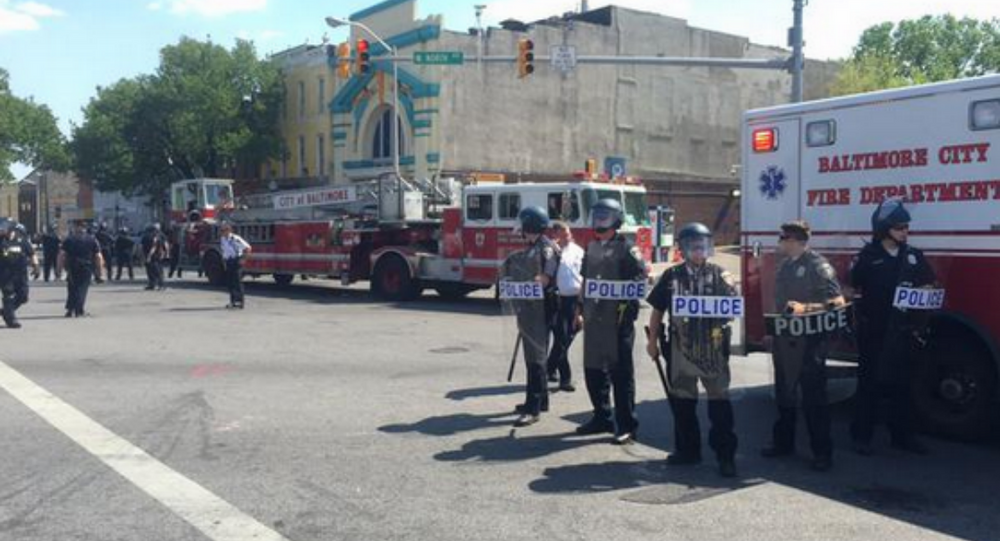 Protesters gathered after conflicting reports of a police shooting at the intersection of Pennsylvania and North Avenues in Baltimore. While eyewitnesses initially reported that a man had been shot in the back by police, the city's law enforcement insisted that no one had been shot, and a suspect has instead been arrested for handgun possession.

Police reportedly urged media outlets to confirm that, contrary to initial reports, no one was shot in the incident Monday afternoon.

The suspect was reportedly armed with a revolver, and may have discharged his weapon. He was taken to a hospital out of precaution, and while he was unharmed according to police, his exact condition is unknown at this time.

Early reports indicated that police attempted to arrest the man, who then ran.

Protest organizers called for demonstrators to gather at the scene, which saw riots and looting a week earlier, and where police used pepper spray to disperse the crowd at the scene of the alleged shooting.

Media outlets originally reporting on the incident later retracted their statements, insisting that no one was shot.