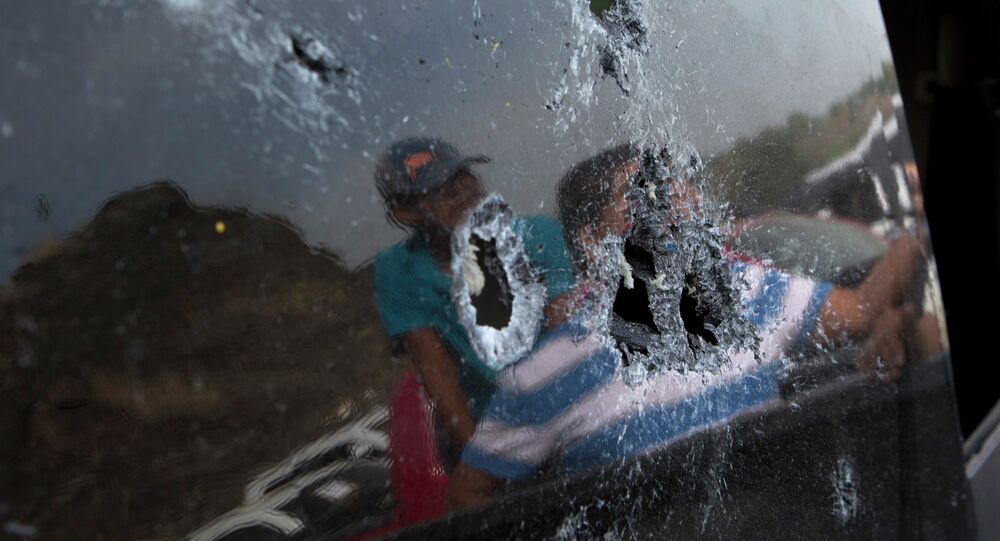 A new report reveals Mexican Federal police gunned down 16 civilians in the Western city of Apatzingan, Michoacan in early January, contradicting the official report given by authorities about the incident.

Earlier this year, Michoacan Security Commissioner Alfredo Castillo told reporters that two separate incidents in the city of Apatzingan on January 6 led to the deaths of nine people. The incidents occurred when members of rural forces, deputized to combat drug cartels in the area, clashed with federal police. According to the official account, nine people were killed by "friendly fire" and 44 were detained by the police.

An investigative report published by the news site Aristigue Noticias, however, tells a very different story.

The report, published by investigative journalist Laura Castellano, reconstructs the events of the night based on the testimonies of 39 anonymous sources, including survivors, locals, family victims, and medical staff.

According to the sources, the violent night began when around 100 members of the rural forces gathered near the Apatzingan City Hall to protest Castillo’s decision to disband the group without pay. The rural forces had been deputized by the Commissioner himself as a means to fight drug cartels in the area.

In the first of two harrowing incidents, federal police forces stormed the protest around 2:00AM and reportedly opened fire on the unarmed demonstrators. One source, present at the protest, described the incident as a massacre, as authorities opened fire on protesters that had already surrendered.

"They yelled, 'put your hands up! Get on your knees!' And when I went to put my hands up and kneel, another person further down near Tres Hermanos, who was already kneeling, they shot him in the face and he fell. He was on his knees, giving up, unarmed. They executed him."

Other sources reported hearing the police shouting "Kill them like dogs!"

The second incident occurred hours later, when police began transferring the detained protesters and impounding vehicles. Witnesses reported hearing survivors held in caravans calling for help as they were being transferred. Upon hearing the calls for help, residents of the area reportedly came out with sticks in their hand in an attempt to rescue them.

Surveillance footage in the area showed residents advancing towards the vehicles before the gunfire erupted. One resident reported on the murder of a whole family.

"They were screaming. There was a man, his wife, a daughter and others in the truck. They screamed 'Don’t shoot! Don’t shoot! We’re unarmed!' They all got out on the sidewalk and there on the corner they got them. They were alive there, protecting each other, they came and massacred them. They turned them into pieces."

The report includes graphic images and videos captured by surveillance cameras and witnesses, showing fatally wounded civilians piled up on top of each other, covered in bullet wounds. Witnesses said the federal police altered the scene later and planted weapons on the victims. Additionally, the report alleges that multiple victims "died on the street from bleeding without receiving medical help."

The report comes a day after Mexico’s National Security Commission revealed it had received a video from an anonymous source purporting to show "an excessive use of force or abuse of authority by federal police officers" in Apatzingan, Michoacan. No additional details were given about the video, except that it was sent to the Attorney General’s office to launch an investigation.

This will mark the latest in a growing list of extrajudicial executions carried out by security forces under the struggling Pena Nieto administration. In June of last year, Mexican army officers were accused of executing 22 people after arresting them for drug-related charges. Forty-three students also disappeared in the city of Igualo, Guerrero last September and a journalistic investigation similarly implicated federal forces in their disappearance.

Head of Los Zetas, 'Most Dangerous Cartel in Mexico' Nabbed in Raid