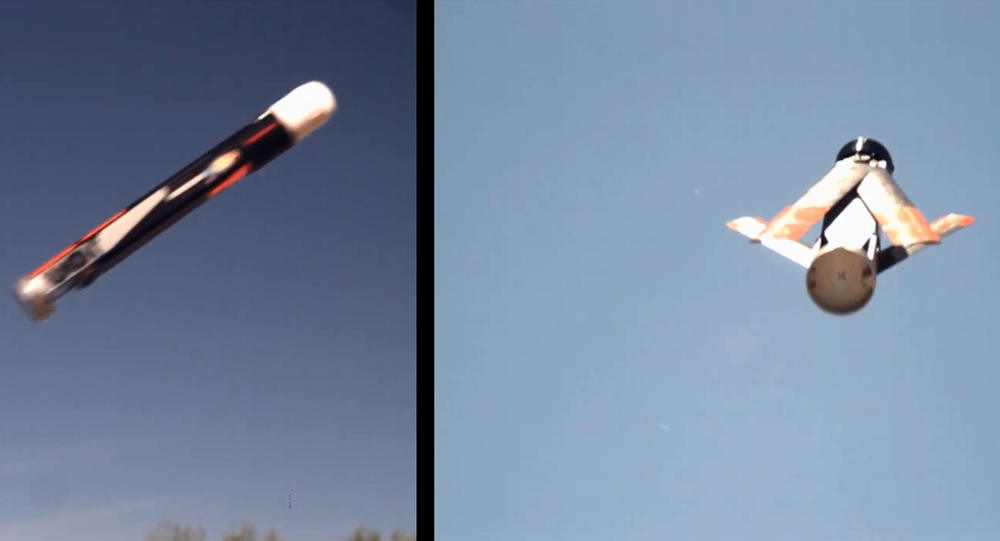 The US Navy plans to launch swarming, automated drones that will be rapidly fired into the sky from a cannon-like device and used to overwhelm adversaries as well as provide overhead surveillance.

The program is called Low-Cost Swarming Technology (LOCUST) and will include a cannon-like device, or "tube-based launcher" that will fire up to 30 synchronized drones within one minute in rapid succession. When airborne, the drones will unfold their wings and will be able share information with each other to collaborate on both offensive and defensive missions.

The purpose of the UAV swarms will be to provide Marines with a tactical advantage, as they will be able overwhelm adversaries by launching strikes from different locations and provide surveillance information.

The Office of Naval Research (ONR), which is behind the LOCUST program, announced on Tuesday plans to demonstrate the system’s launch of 30 synchronized drones next year. ONR released a video illustrating how the program will work.

"This level of autonomous swarming flight has never been done before," LOCUST program director Lee Mastroianni said, "UAVs that are expendable and reconfigurable will free manned aircraft and traditional weapon systems to do more, and essentially multiply combat power at decreased risk to the warfighter."

ONR has carried out demonstrations of the autonomous technology around several locations in the last month, during which drones carrying varying payloads performed different missions.

"The recent demonstrations," Mastroianni explained at a Navy League’s Sea Air Space conference, "are an important step on the way to the 2016 ship-based demonstration of 30 rapidly launched autonomous, swarming UAVs."

The US Navy wants to be able to deploy the system from ships, vehicles, aircraft and larger drones. The ONR has so far been testing LOCUST with Coyote drones, as they are small and versatile, and have a proven success record in a variety of special missions.  Last summer, the drone was successfully flown into Hurricane Eduoard to gather information and data about the storm.

Another benefit of the technology is the relative low cost of the drones. According to US Navy officials, hundreds of small, autonomous UAVs cost less than a single tactical aircraft.

A key challenge for the program, according to Mastroianni, will be to get the swarming drones to break up, carry out separate missions, and return to swarming formation.

"In 3-D space you’re doing maneuvers, so that’s very complex," he said, "The other part of it is the ability to disaggregate and reaggregate components." Essentially, this means telling the drones "I need three of you to break off and go kill something or do some [intelligence] come back and reform."

Challenges notwithstanding, LOCUST’s launch is expected to mark significant advancement in applications for robotic swarming. The relative low cost of the technology along with its autonomous swarming will likely be a key change to the conduct of war, according to national security thinker, Paul Scharre.