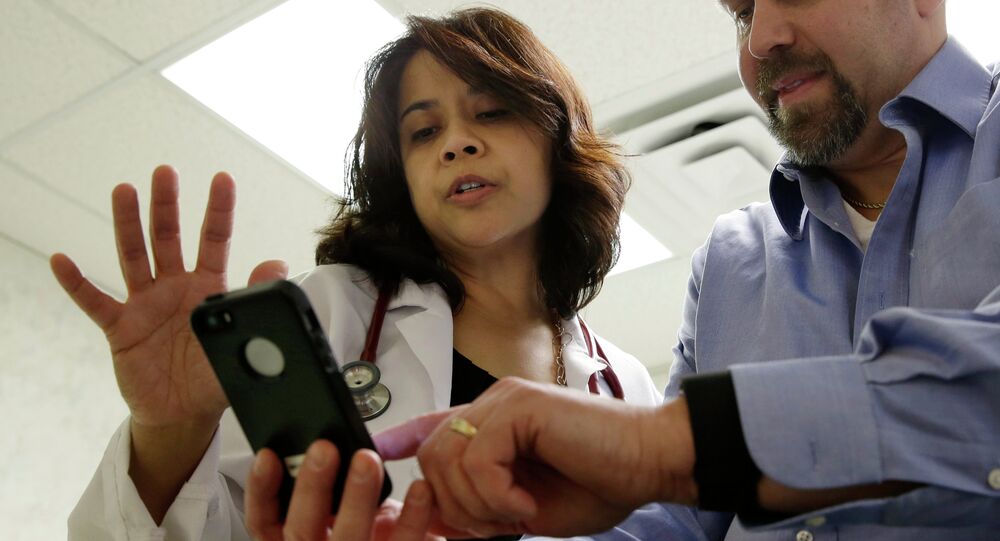 IBM is teaming with Apple and other corporations to begin using artificial intelligence to try to draw potentially life-saving insights from the growing amount of health data generated on personal devices.

IBM is collaborating with Apple, Medtronic, and Johnson & Johnson to use its Watson artificial intelligence system – the one that famously won at Jeopardy in 2011 – to give users insights and advice from personal health information gathered from fitness trackers, smartphones, implants or other devices.

"All this data can be overwhelming for providers and patients alike, but it also presents an unprecedented opportunity to transform the ways in which we manage our health," IBM senior vice president John Kelly said in a news release.

"We need better ways to tap into and analyze all of this information in real-time to benefit patients and to improve wellness globally."

IBM expects more companies to join the health platform, which it envisions growing to a global scale. Under the partnership, it will be able to handle data collected using health applications from Apple mobile devices, IBM says.

A focus of the Johnson & Johnson partnership with IBM will be improving patient care before and after knee and hip replacements. The company will apply Watson technology to data sources ranging from patient records to digital fitness devices and smartphone applications, which can monitor movement and vital signs.

“It will allow us to do much more integrated, personalized care,” Ms. Peterson said.

Medtronic devices are already digital and produce a lot of data, but the company plans to use the Watson software to spot patients trending toward trouble and automatically adjust insulin doses and send alerts to care providers and the patients themselves.

“The goal is dynamic, personalized care plans so you can delay or stop the progression of diabetes,” said Hooman Hakami, executive vice president in charge of Medtronic’s diabetes group.

As for the millions who use Apple health sensors, from iPhone apps to the Apple Watch, they can opt to plug that data into Watson Health.

In addition to the partnership, IBM also announced that it is acquiring a pair of healthcare technology companies, Explorys and Phytel, which hold clinical information about more than 50 million patients.