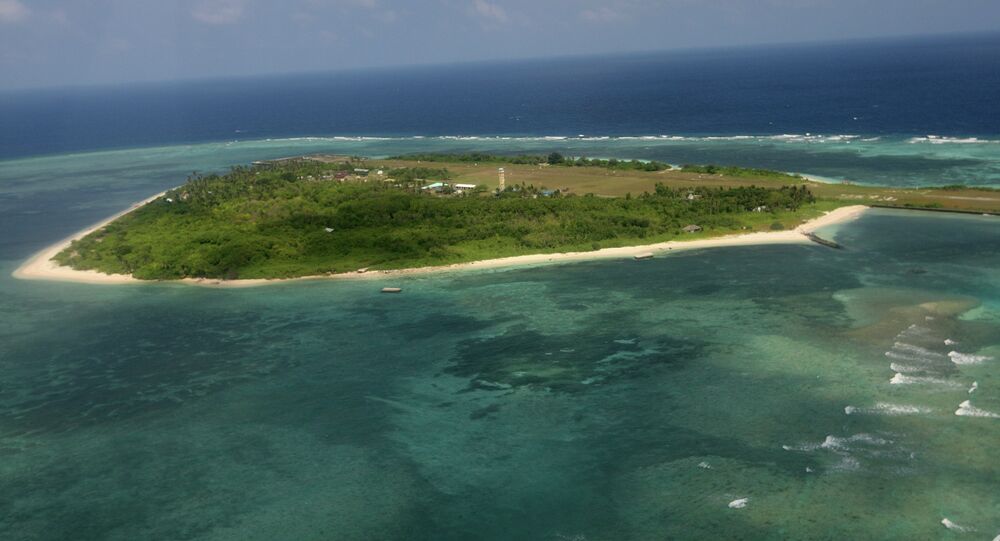 China revealed detailed plans on Thursday for the islands it is creating in the disputed South China Sea, saying that construction will not only bolster military defense, but will also provide civilian services for neighboring countries.

© AP Photo / Roley Dela Pena, Pool
US Accuses China of 'Creating a Great Wall of Sand'
Speaking at a news briefing, Chinese Foreign Ministry spokeswoman Hua Chunying said the building efforts in the Spratly archipelago, one of the largest in the South China Sea, would help address the risk of typhoons in an area frequented by trading ships, and provide aid and services to neighboring countries.

"We are building shelters, aids for navigations, search and rescue as well as marine meteorological forecasting services, fishery services and other administrative services so as to provide the necessary services to China, neighboring countries and individual vessels sailing the South China Sea," she said.

The announcement came shortly after the Center for Strategic and International Studies, a Washington-based think tank, released satellite images of China’s building efforts on the Mischief Reef of the Spratly archipelago. The images, which showed Chinese ships dredging sand onto the reef, fueled the criticism of already alarmed US officials and other claimants.

China claims most of the South China Sea, and is currently locked in overlapping territorial disputes with the Philippines, Vietnam, Taiwan, Brunei, and Malaysia. $5 trillion in shipping passes through the highly contested area each year. 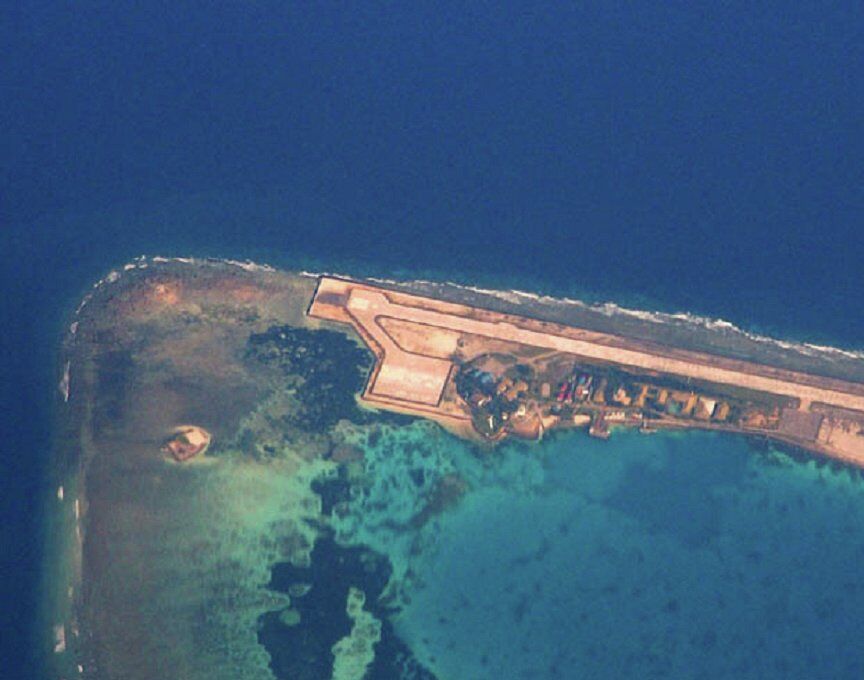 © Flickr / Storm Crypt
This island is near or part of Spartlys group of islands, currently being disputed by several countries, including China, Vietnam, the Philppines, and Malaysia.

While the US is not a party to the dispute itself, Washington is concerned about China’s growing influence in the region and the rapidity with which Beijing is expanding land across the archipelago. Other countries involved in the territorial dispute have used similar techniques to gain ground, although China’s has been the most rapid. Military analysts at the Pentagon have also accused Beijing of attempting to create “facts in the water” as a means of bolstering sovereignty claims over competing countries.

US Defense Secretary Ash Carter, speaking to reporters in Tokyo, warned that Beijing’s actions in the South China Sea could lead to "dangerous incidents."

© Flickr / Marines
US Fighter Jets Send Message to China With ‘Emergency’ Landing in Taiwan
"It is not just an American concern," he said, "But a concern of almost every country in the entire region."

The Philippines, a US treaty ally, also claims ownership of Mischief Reef and regards the area as its exclusive economic zone. Along with Vietnam, it filed a diplomatic protest with China after it first noticed construction in February.

In a move that may be interpreted as a warning to Beijing, the Philippines and the US are set to begin joint military exercises on April 20. Although both countries have insisted the exercises are not intended to be a “show of force”, they would fall in line with a series of assertive steps Washington has taken to counter China’s growing influence in the region.

© AP Photo / Bullit Marquez
Hint to Beijing? US Organizes Massive War Games With Philippines in South China Sea
In February, the US launched its most advanced spy plane out of the Philippines to monitor the South China Sea. At the time, a spokesman for the Philippine military said that more surveillance planes were expected to be deployed out of the country. Earlier this month, two US fighter jets landed on Taiwan after China conducted military exercises over the Bashi Channel. While the Pentagon insisted the landing was due to technical problems, the timing of the incident indicated that Washington was sending a warning message to China about its growing influence.

The US has also been making efforts to bolster its future military presence in the region. Admiral Harry Harris Jr. of the US Pacific Fleet announced in a Naval Conference in Australia last month that the US Navy is preparing to shift 60% of its fleet to the Pacific by 2020, as well as expand its cooperation with India to conduct maritime exercises.

For their part, Chinese officials have maintained that the building work in the Spratly archipelago falls within the scope of their sovereignty.

"China adheres to the path of peaceful development and carries out a defensive national defense policy," Spokeswoman Hua said during the press briefing. "Maintaining peace and stability in the South China Sea is in keeping with the development and security of China."