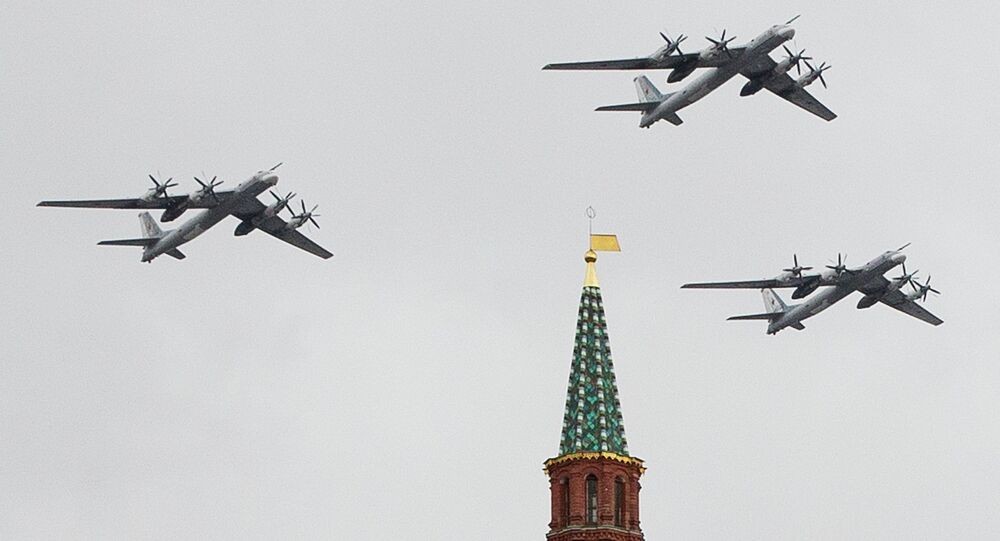 US Admiral: Russian Bombers Send a Message, We Do the Same

A United States military commander said Russia has increased the number of flights by its long-range bomber fleet to demonstrate its status as a world power – a tactic American forces also use for precisely the same reason.

Navy Admiral Bill Gortney said the flights by long-range Russian bombers are "messaging" for the US – a reminder that there is another nation capable of projecting power.

According to Gorney, the number of Russian flights near the US has risen alongside tensions between the two nations following the outbreak of violence in Ukraine. North American Aerospace Defense Command (NORAD) is watching those planes closely, he added.

"We watch very carefully what they are doing," he said. "They are adhering to international standards that are required by all airplanes that are out there, and everybody is flying in a professional manner in their side and our side as we watch very closely."

Those flights could expand in the coming months, with Russia traveling even further into territory the US considers under its purview. Gortney said "it wouldn't surprise me” if Russia sends bomber patrols through the Gulf of Mexico.

But he downplayed any possible threats from such close flights.

Gortney is four months into his tenure as leader of NORAD and US Northern Command.