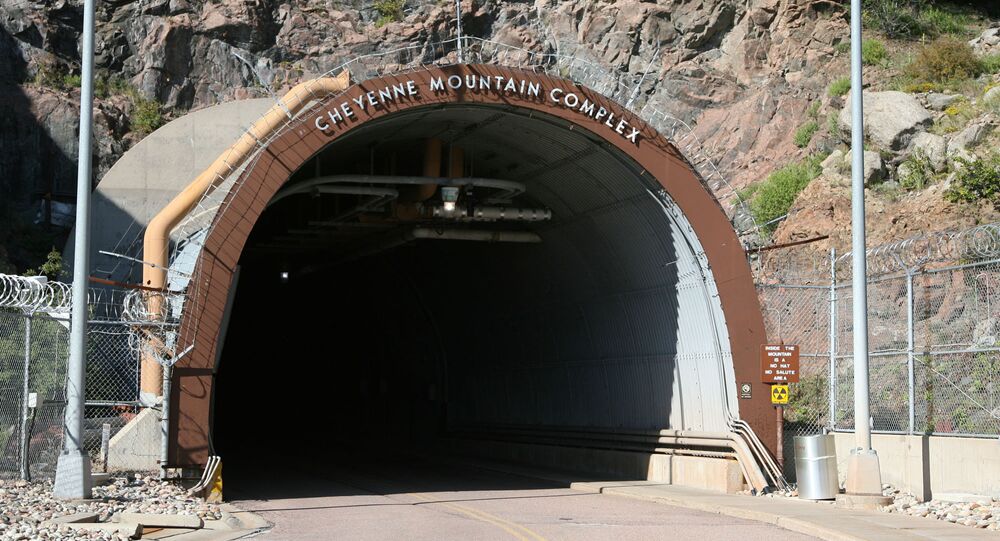 The North American Aerospace Defense command (NORAD) is planning to move its communications gear to a Cold War-era bunker in Colorado’s Rocky Mountains.

NORAD is the military command that is in charge of scanning North American airspace for enemy missiles or aircrafts. During the Cold War, the aerospace command’s headquarters were located in a half-acre bunker carved into Cheyenne Mountain in Colorado, and designed to withstand a Soviet nuclear attack. The headquarters were moved in 2006 to the Peterson Air Force base in Colorado Springs, and the Cheyenne Mountain base was designated as a back-up site.

After years of being on "warm standby," it seems the Cold War-era bunker is now getting a substantial upgrade. NORAD plans to shift its communication gear back to the site.

© AP Photo / David Zalubowski
Military personnel operate the Air Warning Center in Cheyenne Mountain complex in 2006. The complex been on "warm standby" for nearly a decade.

The shift back to the Cheyenne Mountain base, according to officials, will serve to safeguard NORAD’s sensitive communication gear from a potential electromagnetic pulse (EMP) attack. EMPs can occur naturally, or can result from man-made devices such as nuclear weapons. According to Pentagon officials, the US military’s increased dependence on computer networks and digital communications makes it more vulnerable to EMPs.

Speaking to AFP, head of NORAD and Northern Command Admiral William Gortney said that "because of the very nature of the way that Cheyenne Mountain is built, it is EMP hardened."

Indeed, since the bunker was set up during the Cold War, it was built large enough to protect both people and infrastructure and deep enough to withstand a nuclear attack.

© Sputnik / David B. Gleason
US Defense Department Awards $700 Mln Contract for Missile Defense Support
"And so," Gortney told reporters, "There’s a lot of movement to put capability into Cheyenne Mountain and to be able to communicate in there."

Since 2013, the Pentagon has awarded upwards of $850 million for work related to the Cheyenne complex. Last week, defense firm Raytheon was awarded a $700 million contract to install new equipment inside the mountain. Under the 10-year contract, Raytheon would "support threat warnings and assessments" for NORAD and provide "accurate, timely and unambiguous warning and attack assessment of air, missile and space threats."

According to Gortney, the Cheyenne Mountain base’s staff is also expected to grow as the NORAD moves its communication gear to the base.

"My primary concern was…are we going to have the space inside the mountain for everybody who wants to move in there? And I’m not at liberty to discuss who’s moving in there." He said. "But we do have that capability."