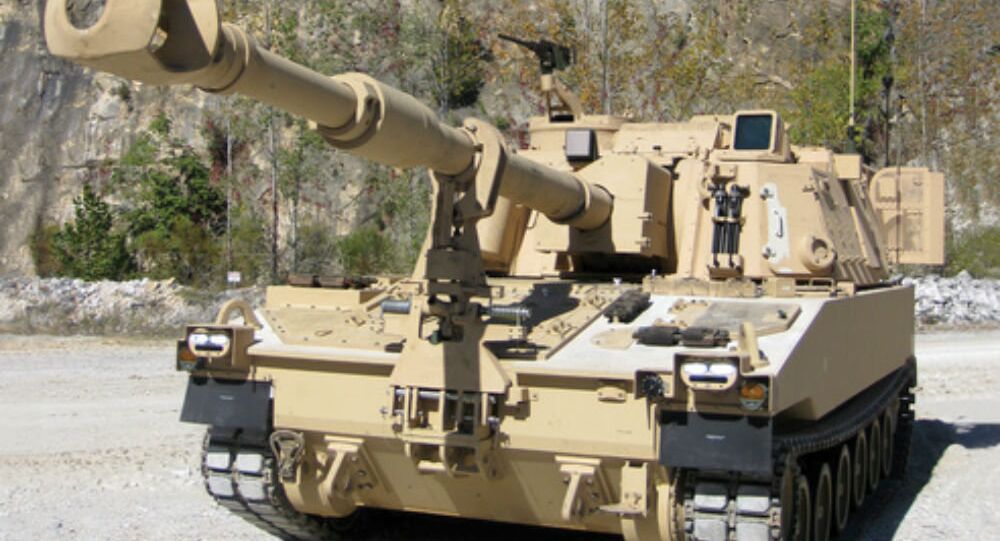 It took two decades and the cancellation of two costly programs, but the United States Army on Thursday will finally unveil the newest self-propelled howitzers from its Paladin Integrated Management program.

While the Paladin Integrated Management (PIM) program’s M109A7 “is not a truly new vehicle, in that it borrows from others,” according to one Hill staffer who spoke to Breaking Defense, the new artillery vehicle “is still a success.”

Success of any kind is welcomed by the beleaguered Army acquisition system, which has a track record of canceled programs and wasted billions dating to before 9/11.

The PIM – built by Britain-based contractor BAE Systems – was created by taking the gun turret that was upgraded by previous programs, and installing it on an all-new chassis.

Previous programs “built a new turret and put it on the old chassis,” said Mark Signorelli, head of combat vehicle programs at BAE Systems. “M109A7 put a new chassis under the A6 turret, with a few upgrades to the turret, and effectively in two steps the Army built a new howitzer.”

While the PIM continues to use the same gun as the older artillery piece, it essentially a new weapon system from the bearing ring on down – one that comes with digital displays and a 70 kilowatt, 600-volt on-board power system.

Signorelli is a veteran of the Army’s cancelled Future Combat Systems and Ground Combat Vehicle programs, which attempted to develop entirely new designs.

“When you have one of these big bang programs … it’s hugely expensive, it takes forever and it’s risky,” he told Breaking Defense. “When you do this Lincoln’s axe approach, you can … put the modernization in bite-size packages, so you’ve got a high probability that you can get the work done on schedule, on budget.”

While the PIM’s new automotive and electrical systems make it 25% heavier than its predecessor, the new model generates 50% more horsepower and almost four times as much electrical power.

The Army identified the Paladin Integrated Management program is one of its top 12 critical programs in the Fiscal Year 2016 budget.