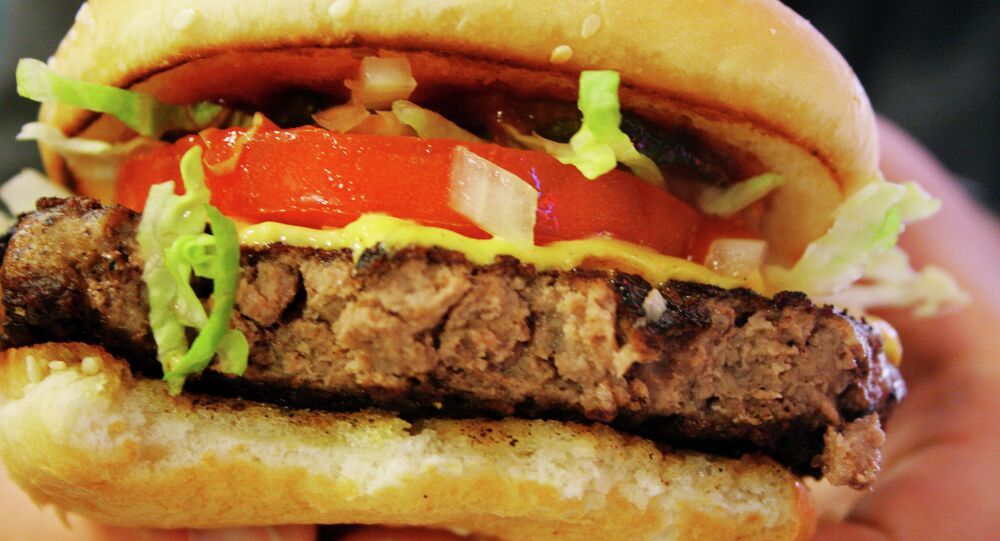 Lab-Grown Burgers Become So Cheap, They Might be in Supermarkets Soon

Scientists in the Netherlands are one step closer to producing a viable lab-grown alternative to the conventional beef burger patty.

Last year, Professor Mark Post and his team of scientists at the Maastricht University in the Netherlands produced the first prototype of a lab-grown burger. Benefits of this new burger production method include a decrease in animal slaughter, savings in land, water, and energy use required for livestock, and a reduction in greenhouse gases.

The project has faced several hurdles, though, not the least of which was the enormous price tag of 250,000 Euros, or $273,000. That was roughly how much it cost the research team to produce just one burger.

According to Post, however, the team has since figured out a way to drastically cut down the cost of production. In an interview with Australia’s ABC News, the professor said that a new technique would drop the cost of production to $80 per kilogram of meat, meaning that one burger patty would cost  around $11.40 – an impressive drop from the initial $273,000.

The reason why the price dropped so drastically is because the new technique would just use a muscle tissue from a cow. The tissue would be placed on a petri dish of fetal calf serum which allows it to multiply. A small tissue, according to Post, "can produce 10,000 kilos of meat."

While the cost has been reduced enough to make the lab-grown beef more feasible, not all issues have been overcome. For one thing, even though the technique is cost-effective, it remains too slow for mass production.

A second obstacle is the very same serum responsible for the price drop. Fetal calf serum, which allows the muscle tissue to multiply, is made from the blood of cow fetuses and collected from slaughterhouses. The reliance on this serum therefore undercuts one of the project’s main goals — to decrease animal killing. Post has said that he and his team are currently working on replacing the serum with something that would not rely on animal products.

Finally, and probably more importantly for burger consumers, is the issue of taste. Food writer Josh Schonwald and nutrition researcher Hanni Rutzler, both of whom were part of the burger’s tasting panel last year, have said that the absence of fat in the lab-grown beef takes away from the patty’s juiciness and flavor.

All in all, scientists at Maastricht University expect the project to take some time, but aren’t giving up on bringing the lab-grown meat to supermarkets everywhere. "I do think that in 20 or 30 years from now," Post said, "We will have a viable industry producing alternative beef."