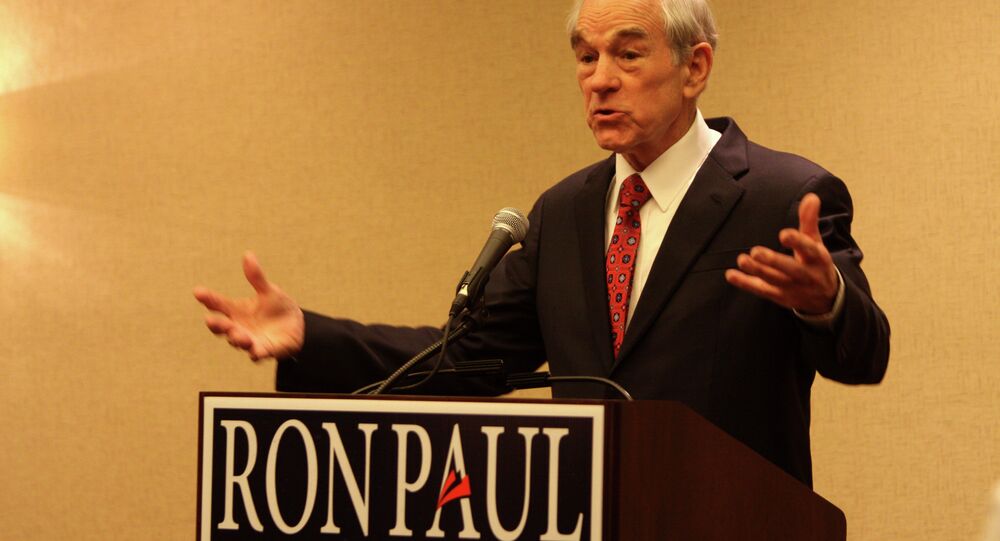 Congress is holding the American people’s liberty in “contempt” by refusing to pursue criminal charges against government officials, according to Ron Paul.

Last week, the Department of Justice decided not to pursue contempt charges against Internal Revenue Services (IRS) official Lois Lerner for refusing to testify at a congressional hearing about delaying or denying tax-exempt status applications by the Tea Party and other limited government advocates.

© Flickr / Gage Skidmore
Ron Paul: Why is the Fed Scared of an Audit?

According to former US Presidential candidate Ron Paul, this is just another example of how federal prosecutors routinely ignore government officials' "blatant violations of our liberties", and instead opt to prosecute whistleblowers and private citizens.

In a written piece on the Ron Paul Institute for Peace and Prosperity website, Paul noted that even though Lois Lerner will continue to face harsh treatment from Congress, her case will be the exception and not the rule, as Congress continuously treats executive government officials with deference and fails to hold them accountable for violating the liberties of American citizens.

What Congress should do, Paul says, is pursue investigations against the IRS’s "ongoing attempts to silence organizations that work to advance free markets and individual liberty."

Paul’s comments come as the IRS drafts new regulation that would allow the Agency to revoke an organization’s tax-exempt status if it sends out communication to its members in which it mentions a candidate sixty days before an election.

"By preventing groups from telling their members where candidates stand on issues like Audit the Fed and repeal of the PATRIOT Act, this anti-First Amendment regulation benefits those politicians who wish to hide their beliefs from the voters," he writes.

According to Paul, the only way to stop the IRS’s violation of Americans’ liberties is by eliminating the tax code.

"Since the IRS’s power stems from the tax system," he says, "the only way to protect our liberty from this agency is to eliminate the tax code."  He adds that in order to do so, Congress must first reduce spending in all areas of government, and end what he dubs as the "welfare-warfare" state.

"Freeing the people from the IRS’s tyranny is one of the best reasons to end the welfare-warfare state and return the federal government to its constitutional limitations."