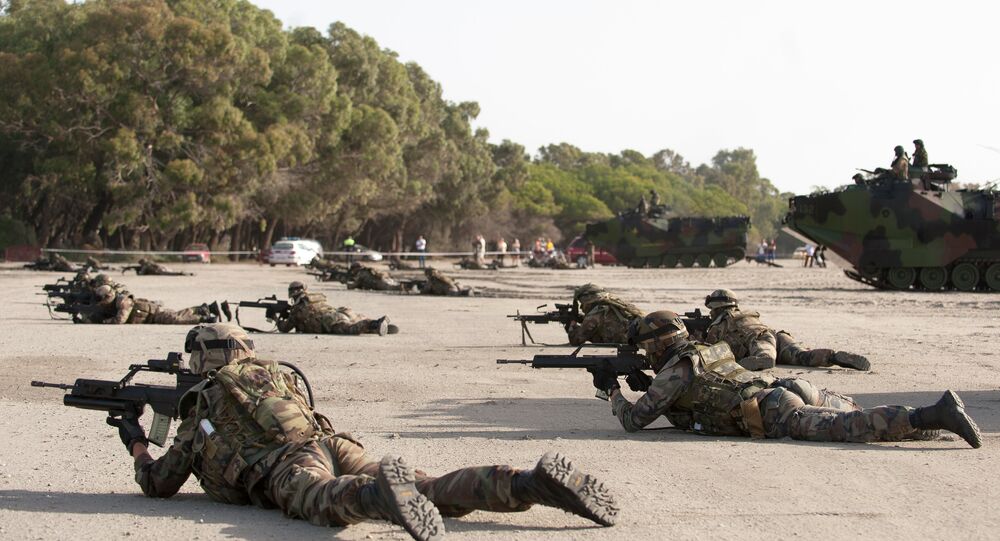 With many countries in Eastern Europe on edge over increased military activity, NATO has decided to form a new fighting force designed to respond swiftly in the face of threats.

© REUTERS / Ints Kalnins
At the Gates: NATO Says Its Military at Russian Border 'Below Substantial'

The “spearhead force,” as NATO describes it, is meant to give the rest of the 30,000 service members in the NATO Response Force (NRF) time to mobilize.

NATO Defense Ministers decided to create the high-readiness force “In light of the changing security environment to the east and south of the Alliance’s borders,” the coalition said on its website.

The force is in the midst of part one of a training exercise dubbed Operation Noble Jump. Having begun on April 1 and concluding on April 10, the exercise includes missions in the Czech Republic and the Netherlands, and marks the first time that the forces will practice rapid “orders to move,” NATO officials said.

© REUTERS / Franciszek Mazur/Agencja Gazeta
NATO: Iran Deal or Not, Missile Shield Will Stay
Air Force General Philip Breedlove, the commander of US European Command and supreme allied commander of NATO operations, has repeatedly said that the entire NRF needs to be ready. He said at a forum in Brussels last month that NATO is not just establishing the high-readiness task force, but also working to speed up how the rest of the response force moves.

Breedlove told the House Armed Services Committee in February that Europe will be the primary contributor of land forces for the high-readiness task force, but the US must contribute some troops to help with cohesiveness.

United States troops have spent years training with the NRF since it was established in 2003.

Last month in Latvia, US Marines joined troops from Lithuania, Luxembourg, Canada and Germany for a five-day training assignment. The Marines took part in the Black Sea Rotational Force, which cycles through the Baltic region regularly for training assignments on Russia’s western flank.