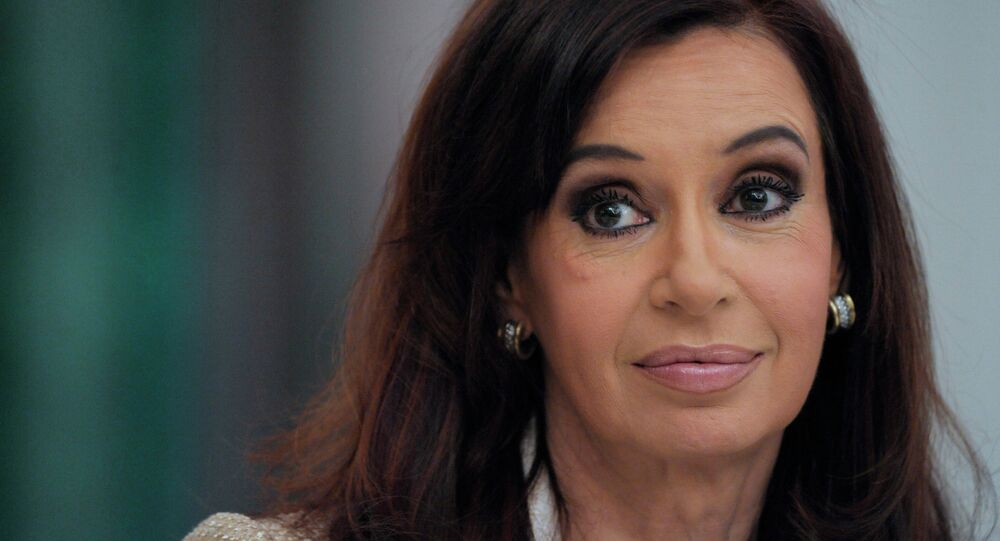 Amid escalating tensions, President Cristina Fernández de Kirchner of Argentina on Thursday ordered the declassification of all secret documents related to the country’s 1982 Falklands war with Britain.

Speaking on the 33rd anniversary of Argentina’s invasion of the disputed south Atlantic islands, which it calls the Malvinas, Kirchner said the defense ministry had 30 days to make all files on the conflict public.

In her final presidential address on the anniversary – she leaves office in October – Kirchner also criticized Britain’s recent announcement that it will beef up its defenses in the islands.

Fernández said Argentina was determined to gain sovereignty over the islands, but through diplomatic means.

“International law and dialogue, not militarization, are the path to a reunion and sovereignty,” she said. “We will see the islands form part of our territory again. It’s not just wishful thinking.”

Fernández’s government condemned the measure as “provocation,” and on Thursday the president urged Britain to spend its money instead on ending unemployed Britons’ reliance on food banks.

“Spend your money feeding the English, on providing jobs for your young people and a better quality of life for the British, because we are not a threat to anyone.” she said.

Argentina claims it inherited the remote islands from Spain when it gained independence.

Britain argues it has historically ruled the islands and that the islanders should have the right to self-determination. In a 2013 referendum, 99.8% voted to remain a British overseas territory.

© AP Photo / Victor R. Caivano
UK Can Neither 'Confirm Nor Deny' Spying on Argentina Over Falklands

The dispute has flared again in recent years since the discovery of significant oil deposits off the islands. This week, two British companies announced they discovered oil and gas reservoirs after a nine-month drilling campaign.

In order to prevent Argentina from invading the islands again, the United Kingdom spied on Argentinian military and leadership communications, according to documents released by National Security Agency whistleblower Edward Snowden.

British intelligence wanted to gather information that could be used to manipulate public opinion in the country, so as to limit popular support for Argentina to invade the Falkland Islands, the Intercept reported.