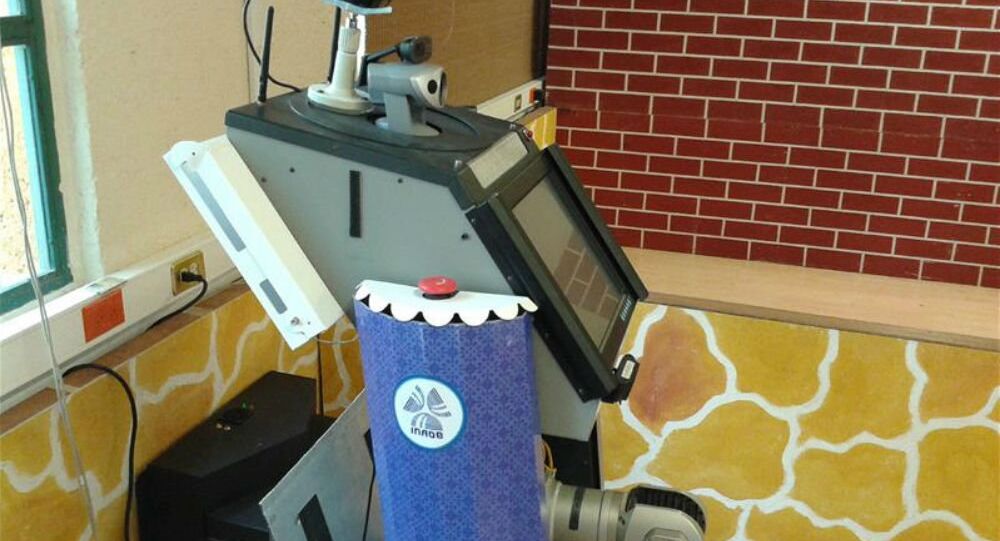 Scientists at the National Institute of Astrophysics, Optics and Electronics (INAOE) have built a robots with artificial intelligence sophisticated enough to take instruction from those barely capable of programming a microwave.

One major hindrance to a future peopled by domestic helper robots is the fact that technology changes so rapidly. Almost as soon as you fork over a small fortune to buy the latest SweeperBot 7.4, the 7.5 model is out and yours is out-of-date. But a team of scientists have developed a bot which can learn and adapt to new chores.

© AP Photo / Koji Sasahara
Robots to Take Over Half of US Jobs Within Next Several Years, Expert Warns

She’s called Sabina, and she includes software which allows a user to teach it new commands. These lessons can be given through voice commands or, more incredibly, simply by demonstration.

To acquire new skills, Sabina is equipped with laser sensors, and, believe it or not, an Xbox Kinect, which helps it analyze spatial depth.

She also speaks both English and Spanish.

But remember, no matter how smart a robot may be, tasks are still limited by its hardware. Just because you know the physics of flight doesn’t mean you should leap from your roof. Similarly, don’t expect dinner from a robot too short to reach the stove.

And at this stage, Sabina isn’t the most agile. But despite that clunky frame, the learning software could be used in any number of other robots for different purposes. Military applications, for instance, as the INAOE hopes that the software could one day help drones learn how undertake reconnaissance missions without the constant instruction of a human pilot.

While that sounds, quite frankly, a little unnerving, here’s to hoping that the software will be used to create the Rosie Jetson we’ve all been dreaming of, instead of, you know, more flying death machines.