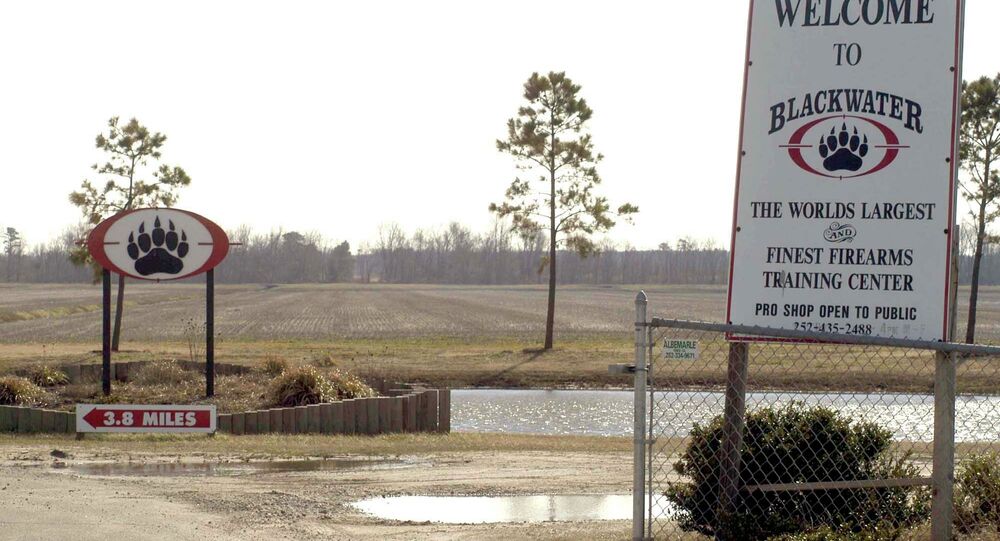 Three Blackwater Worldwide guards who killed or wounded 31 unarmed Iraqis in a 2007 shooting asked a judge for leniency ahead of their sentencing next month, when they will face a mandatory minimum prison sentence of 30 years.

Paul Slough of Keller, Texas; Evan Liberty of Rochester, New Hampshire; and Dustin Heard of Knoxville, Tennessee, were found guilty in October of multiple counts of manslaughter and attempted manslaughter in the September 2007 incident at Baghdad’s Nisour Square.

The men face enhanced penalties at sentencing in Washington, DC, before United States District Judge Royce Lamberth on April 13 because they also were convicted of using military firearms while committing a felony.

Attorneys for the men said that the US government has never before prosecuted its own security contractors for the firearms violation, noting that in this case, the government gave their clients the weapons they used in their missions.

A 13-page defense motion obtained by the Washington Post argued that a 30-year sentence would result in “grossly disproportionate” and “cruel and unusual” punishment, given the “unique” and “unprecedented circumstances.”

A fourth man, Nicholas Slatten of Sparta, Tennessee, was convicted of murder and faces a mandatory sentence of life in prison. All four men are US military veterans.

During an 11-week trial last year, prosecutors said the defendants fired recklessly and out of control in a botched security operation after one of them claimed to believe the driver of an approaching vehicle was a car bomber.

The security contractors argued that they were the target of incoming AK-47 gunfire, and were acting in self-defense when they fired machine guns and grenades.

Overall, the defendants were charged with the deaths of 14 Iraqis and the wounding of 17 others. None of the victims was an insurgent.

At the time of the incident, the defendants were among 19 Blackwater guards providing security for State Department officials in Iraq. Their convoy, called Raven 23, was clearing a path back to the nearby Green Zone for another Blackwater team evacuating a US official from a nearby car bombing.

Slatten was the first to fire, aiming his sniper rifle at the driver of a stopped white Kia sedan, killing him.

Slough, the convoy command vehicle’s turret gunner, joined in as other Raven 23 members fired into stopped traffic and then turned more firepower onto the crowd.

The only damage caused to the convoy’s command vehicle came from shrapnel by an American grenade fired at short range.