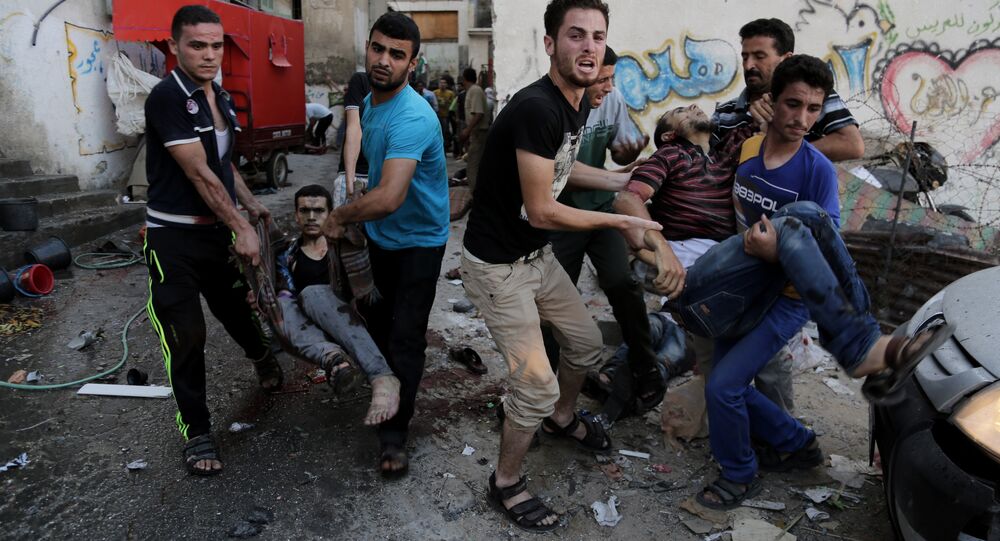 Israel killed more than 2,000 Palestinian civilians in 2014, the most in any year since the occupation of the West Bank and Gaza Strip began in 1967, according to a United Nations report.

Israel’s activities in the Gaza Strip, West Bank and East Jerusalem resulted in the deaths of 2,314 Palestinians and 17,125 injuries last year, compared with 39 deaths and 3,964 injuries in 2013, according to the annual report by the UN Office for the Co-ordination of Humanitarian Affairs (OCHA).

© AP Photo /
Under Pressure: Allies Coming Down Hard on Israel Over Palestine Talks

The conflict in Gaza in July and August mainly accounted for the dramatic increase in fatalities – claiming the lives of 2,220 Gazans, of whom 1,492 were civilians, 605 militants and 123 unverified.

In the West Bank and East Jerusalem, 58 Palestinians were killed and 6,028 injured – the most fatalities in incidents involving Israeli forces since 2007 and the highest number of injuries since 2005.

The UN report, entitled Fragmented Lives, documents an increase in the number of Palestinians injured, incarcerated and displaced, compared with the two previous years.

The sharp rise in casualties and injuries correlates with an increase in the Israeli armed forces’ use of live ammunition, which accounted for almost all fatalities and 18% of injuries.