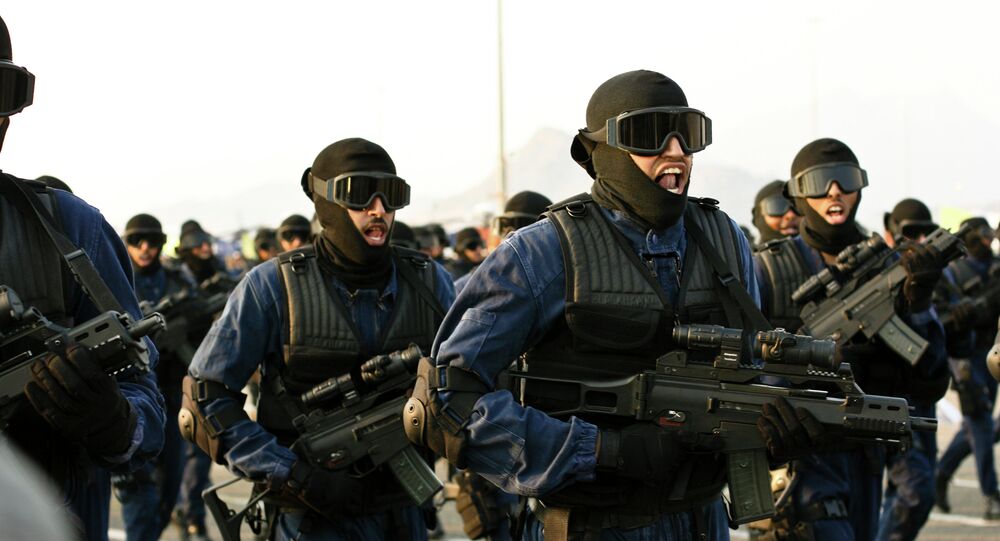 Saudi Arabia Readies for Possible Intervention in Yemen on Thursday

Saudi Arabia amassed heavy military equipment and artillery near its border with Yemen, showing signs of an impending military intervention. A formal go-ahead for the invasion might be given on Thursday by the Arab League.

As the conflict in Yemen escalates, US officials are saying that Saudi Arabia may be preparing airstrikes to defend Yemen’s embattled President Abd-Rabbu Mansour Hadi against advancing Houthi rebels, as it starts moving weapons to areas near its neighboring country’s border.

Speaking to Reuters on condition of anonymity, a US official said that Washington had acquired intelligence about Saudi’s mobilization of weapons, but declined to provide further details on location of said weapons or the exact size of the force being deployed.

Another US official referred to the move as “significant”, saying that the Saudis may be preparing air strikes to defend US-backed President Hadi in his southeastern refuge of Aden, where he fled to from Sanaa in February, as Shia Houthi rebels continue a southward advance in the country.

Tension has been rising in Yemen since the Houthis seized the capital city of Sanaa in September of last year and has escalated to near-civil war proportions when the rebels captured the central city of Taiz last weekend.

The conflict in Yemen additionally has a profound impact on Saudi Arabia’s regional politics, and readily lends itself to a proxy-war battlefield for rivaling Saudi Arabia and Iran. Furthermore, a Shia group’s advancement in Yemen would increase the perceived threat of Iranian influence moving into Saudi Arabia’s backyard.

"The Saudis are just really deeply concerned about what they see as an Iranian stronghold in a failed state along their borders." US Ambassador to Yemen Matthew Tueller said to Reuters.

Hadi asked the United Nations Security Council on Tuesday authorize "willing countries that wish to help Yemen provide immediate support for the legitimate authority by all means and measures to protect Yemen and deter Houthi aggression."

Saudi Foreign Minister, Saud Al-Faisal criticized the "aggression" of Houthi rebels and their allies, confirming that Gulf states will take "necessary measures" to counter it. He added, "We are prepared to accept all of President Hadi’s requests for the sake of the Yemeni people and their stability."

The Arab League, set to meet in Sharm El-Sheikh in Egypt on Thursday, will discuss the crisis in Yemen and Hadi’s request for intervention.

While the prospect of military intervention remains murky, Saudi Arabia’s mobilization of weapons to the border and consultations with other GCC states seem to indicate a readiness on the part of Sunni monarchies to combat Shia influence in the region.

The most recent Saudi intervention was in March 2011 when, along with the United Arab Emirates, the country deployed troops in Bahrain to crack down on local Shia-led protesters. The Sunni Bahraini royal family requested the intervention, invoking a joint security clause in the GCC agreement, and citing concerns about Iranian involvement in the protests.

The Houthis have denied taking financial or material support from Iran, while US officials have noted that any Iranian involvement in Yemen is likely limited to funding as the Shia regional power is more heavily invested in Syria and Iraq conflicts.