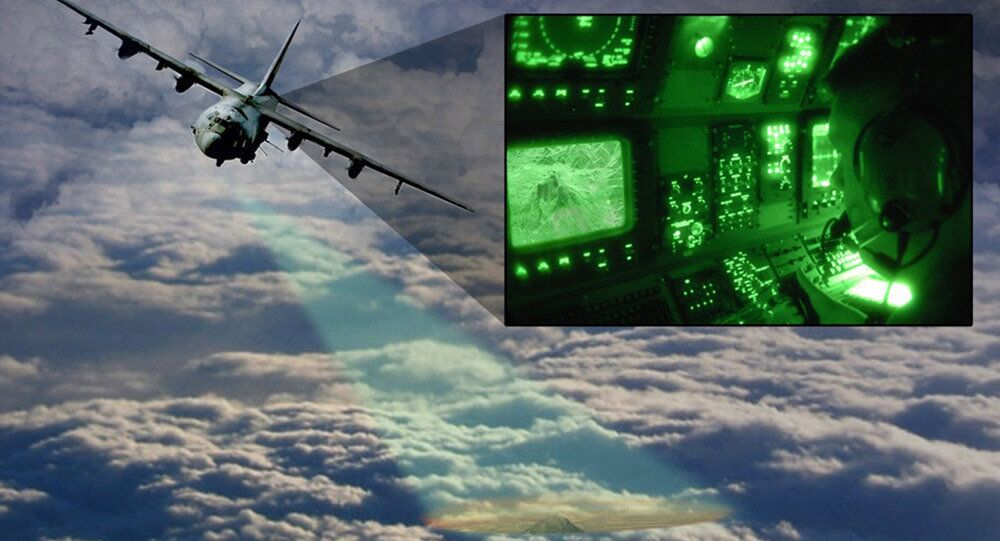 US close-air support is severely limited in parts of the world where clouds are in the sky between one quarter and one half of the time, including the Korean Peninsula, Central America, Colombia and the Balkans.

Even in clear conditions, large clouds of dust are raised on the battlefield from explosions and incoming rounds, making it difficult for aircraft to target adversaries and track friendly ground forces in the area.

That has led DARPA to develop a gimbal-mounted radar sensor that will provide high-frame-rate radar images in order to identify targets when weather conditions inhibit the use of electro-optic sensors, which convert light into an electronic signal.

“Our radar system can be used to image the ground, even through clouds and dust, at a sufficiently high resolution and frame rate to support the engagement of maneuvering targets,” DARPA’s Bruce Wallace wrote in an article for SPIE.

The Pentagon’s research and development agency is in the midst of building a prototype of its Video Synthetic Aperture Radar (ViSAR) system, with plans of conducting over-the-air flight tests next year.

DARPA will install the ViSAR system using a type of gimbal that is already flown on a variety of aircraft – including the MQ-9 Reaper drone – to show that the system can easily be installed on tactical aircraft, such as the AC-130 gunship.

Because no suitable electronics for the ViSAR system currently exist, DARPA went ahead and fabricated the necessary hardware, including receivers, exciters and an amplifier.

According to DARPA, laboratory integration for the ViSAR will take place this fall, and the radar system will be packed into the gimbal during the winter and spring of 2016. Flight tests in summer 2016 will demonstrate over-the-air real-time imaging of moving and stationary targets through clouds, the agency said.