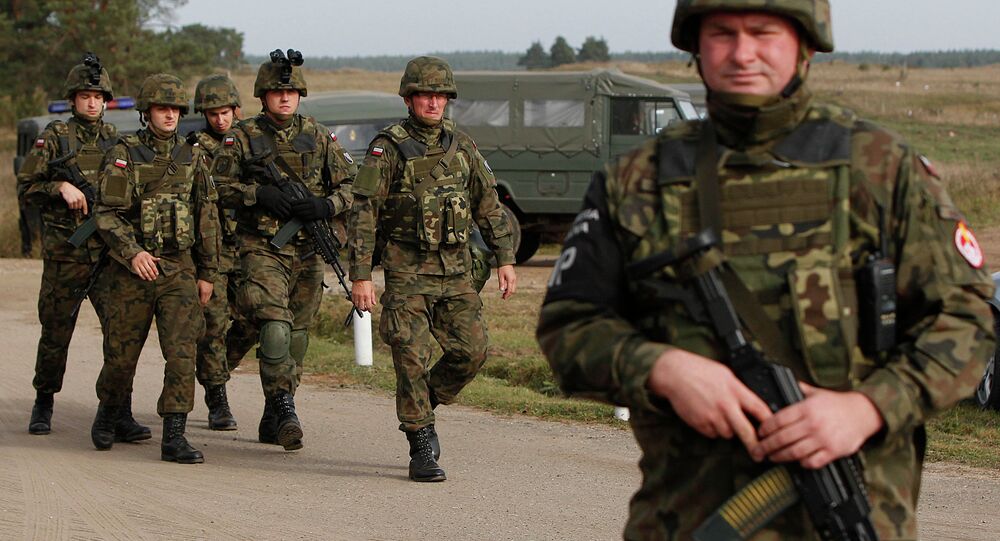 The Polish army has summoned its reserve forces for military exercises “immediately,” the Ministry of Defense announced on Monday – the same day a high-profile United States military convoy arrived in the country.

In an interview with a Polish TV station, General Bogusław Pacek, adviser to Defense Minister Tomasz Siemoniak, said such an operation, where reservists are obligated to reach a given military unit within hours, is “the perfect test” of their readiness to perform.

According to a statement issued by the Defense Ministry on Monday, the exercise is “conducted in line with plans to check the operational and mobilization readiness in the Armed Forces in 2015, and stems from the [army’s] need to accumulate well-trained reserve troops.”

General Pacek said military leaders would not be informed about the whereabouts of the unit beforehand so as to ensure reliable results of the test.

Polish military officials told Radio Poland that several reservists have been called to take part in the military exercises. Some 12,000 are to be called for throughout the year.

The US "Dragoon Ride" convoy started last week and traveled from Estonia through Latvia and Lithuania before entering Poland on Monday. Flying US flags, dozens of Stryker and other armored vehicles from the 3rd Squadron of the 2nd Cavalry Regiment are driving down the roads on their way back to their base in Germany.

In an apparent reference to Russia, General Pacek said that the convoy is a sign to "those in the East" that NATO is strong and united.

Operation "Atlantic Resolve," of which the convoy is a part, was launched by the United States following Crimea's reunification with Russia, and has seen the staging of military exercises in states which border Russia, as well as in the Black Sea.

Moscow has repeatedly expressed its concerns over the increasing military presence of NATO forces near Russia's territory and has stressed that Crimea's referendum, in which over 96 percent of Crimean voters backed a move to leave Ukraine and rejoin Russia, was held in full compliance with democratic procedures and international rule of law.