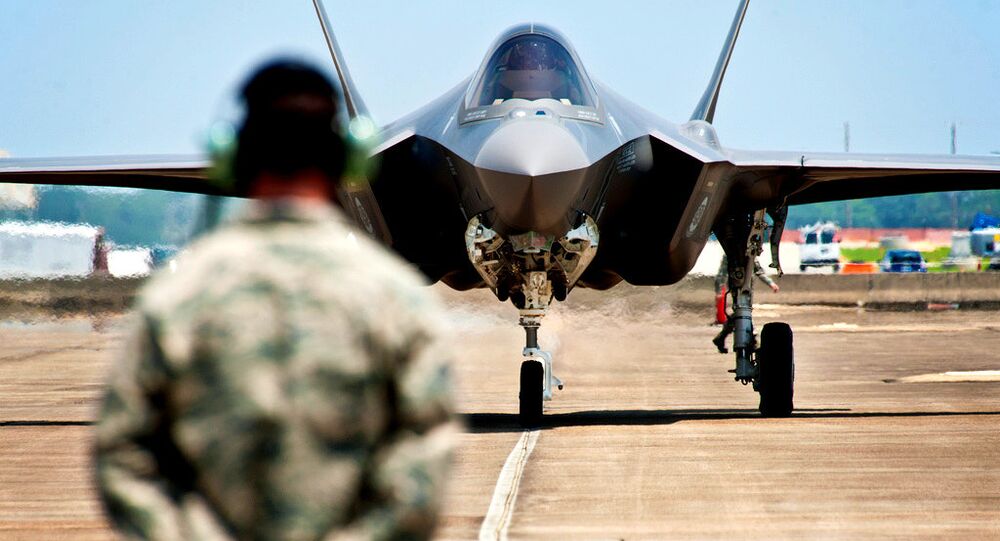 The F-35 II Joint Strike Fighter is one of the US Military’s most ambitious – and expensive – programs. Running the cost of an estimated $1.5 trillion, the program’s aircraft is expected to become the main warplane for the US and its allies for decades to come. The US Navy, Marines, and Air Force are all testing different versions of the aircraft, with the intent of replacing 10 models that are currently in use.

The new pod-mounted cyber-attack system is now expected to launch the stealth aircraft into the field of cyber warfare. Announcing the new development at the Precision Strike Association conference in Springfield, Virginia, the deputy program executive officer Rear Admiral Randy Mahr said “Industry is developing a pod that would not degrade the signature of the war plane.” This means that the system will probably be an external weapon that will not compromise the aircraft’s signature stealth.

As is the case with most new weapons systems, the development is cloaked with secrecy and there is no information on what exactly it will do or how it will work. Speaking to IHS Jane, Mahr said that the new offensive system is in a “prototyping phase”, and that it was not being designed by Lockheed Martin, F-35’s primary contractor, but decline to name the developer.

The F-35 II Joint Strike Fighter Program has faced some significant hurdles throughout its development, but construction on the aircraft has continued. During a live flight testing, Pentagon officials compiled a point-by-point report on the program’s setbacks. Among the problems identified, the report detailed deficiencies in the aircraft’s software system and the Automatic Logistics Information System (ALIS) which monitors all operations within the aircraft.