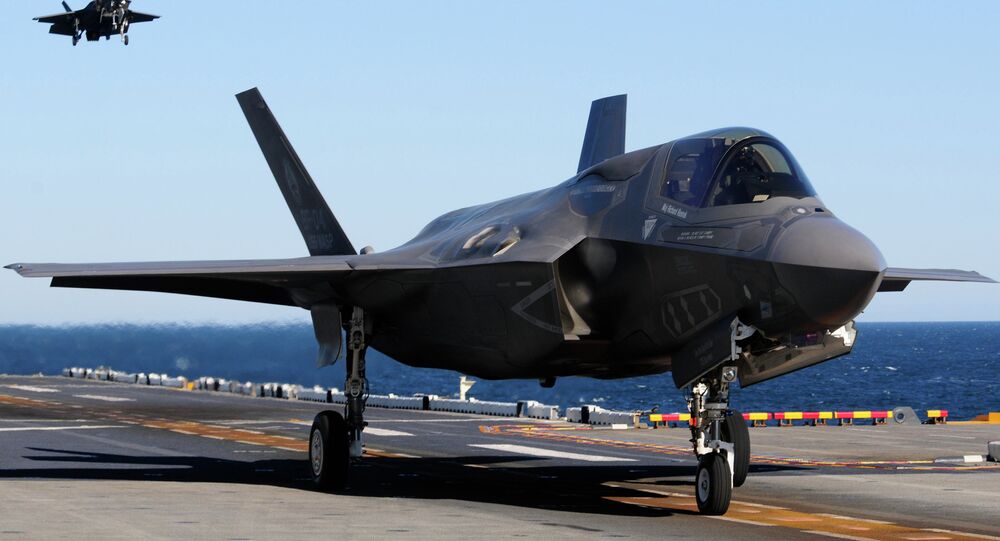 As if the Pentagon couldn’t make it any easier for the many critics of the F-35 Joint Strike Fighter – the error-ridden, most expensive project in United States military history – officials have laid out a point-by-point list of the program’s screw ups.

Just last month, it was revealed that a hacker could infiltrate the jet’s computer system and bring the aircraft down without firing a single shot. Going back to last July, the FBI arrested a Chinese hacker who was suspected of stealing information related to the project.

There were so many setbacks, in fact, the US Air Force, in its 20-year strategic forecast entitled "America's Air Force: A Call to the Future," vowed to never again embark on overzealous projects like the F-35.

The Pentagon spelled out the setbacks discovered during live flight testings last year in a report by the Department of Defense's Office of the Director, Operational Test and Evaluation – a sort of retrospective on the F-35 boondoggle.

Here are some of the high – er, lowlights:

The software system of the plane's Block 2B, which oversees the initial warfare capabilities, has deficiencies with navigation and accuracy, which slowed weapons integration and flight-testing, consequently delaying the entire aircraft's development.

The F-35 was given a redesigned fuel tank system after the old one was found to be capable of causing potentially explosive interactions of oxygen and gasses. But, tests on the redesigned system showed problems in aircraft integration that would require more hardware and software modifications – and delays.

Mother nature once was an enemy to the F-35, too, as the plane would be vulnerable to a lightning strike if it were forced to fly twice in a 12-hour span, unless the fuel tanks were frequently "purged" with "external nitrogen."

A degradation in the flight control system as missions progressed caused the F-35 to encounter difficulties carrying out attacks at certain angles during intense aerial conditions.

Even the pilot’s helmet didn't operate correctly, failing to effectively display critical information related to the aircraft during basic offensive and defensive maneuvers – a problem that could have "the greatest impact in scenarios where a pilot was maneuvering to defeat a missile shot."

The F-35 also was somewhat of a lemon, with a number of components that required maintenance more frequently than desired, including tires, ejection seat, cockpit display electronics, seat survival kits and on-board oxygen systems, among others.

The Automatic Logistics Information System (ALIS) is the IT backbone of the F-35. The software monitors all operations within the aircraft and provides information to pilots and ground personnel about any issues with the plane.

Well, the backbone was broke.

According to the report: "ALIS is behind schedule, has several capabilities delayed or deferred to later builds, and has been fielded with deficiencies."