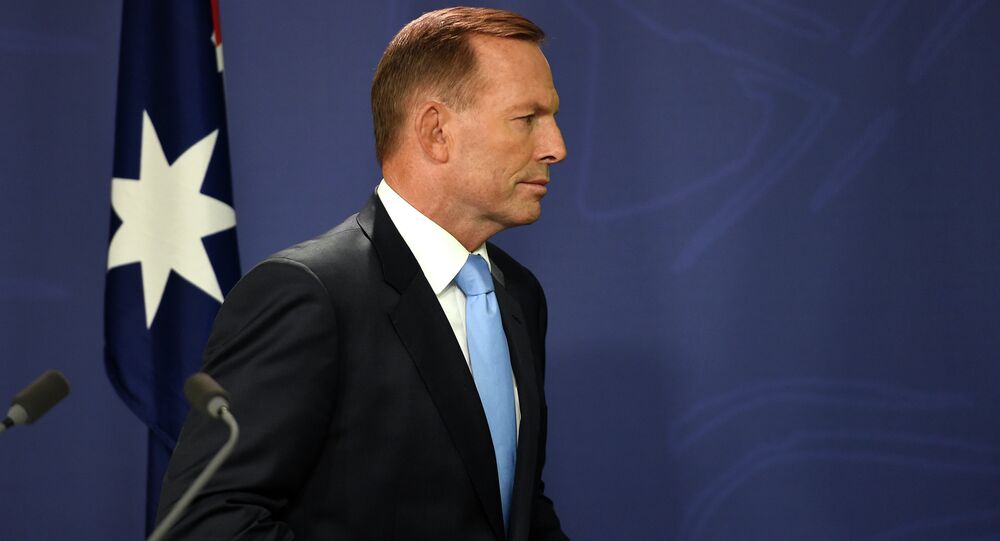 Australia is on the brink of joining the China-led Asian Infrastructure Investment Bank (AIIB), adding to the list of US allies who have defied White House warnings.

The Australian Cabinet’s National Security Committee cleared the way on Friday for the country to invest as much as $3 billion to join AIIB. Australia has until the end of March to join the bank if it wants to be considered a foundation member, and Canberra is expected to make a formal decision on Monday over whether or not to join several of its other regional allies, including New Zealand, India, Singapore, and Indonesia, and sign up.

Australian Treasurer Joe Hockey says no final decision has been made, but that the issue was being given careful consideration.

Speaking to a radio station in Brisbane, Hockey said “More than 30 countries have already signed up. This is going to operate in our region, in our neighborhood.”

“There is a lot of merit in it,” He added, “but we want to make sure that there are proper governance procedures. That there’s transparency, that no one country is able to control the entity.”

“We have a huge infrastructure deficit, not just in the country, but all over the region, and its important to do what we can to address that.”

If Australia sings up with AIIB, the country will join the club of several others who have defied warnings from the Obama administration, which is concerned about China’s growing diplomatic clout in the region and subsequent waning of US influence.

Leading the club is the UK, which in an affront to the US, became the first Western country to join the AIIB last month. Germany, France, and Italy followed suit last week.

Australia was one of several US allies in the region that was absent from the AIIB, the others being Japan and South Korea. Both countries are now also reportedly weighing their options and giving the matter careful consideration.

South Korean government officials recently denied a newspaper report that said Seoul had decided to join the Bank in exchange for 5% of the stake and the position of deputy chief. The country’s finance ministry issued a statement saying that a decision will be made “through close consultation with major countries and after considering various factors such as economic advantages and disadvantages.”

In a similar vein, Japan’s Finance Minister, Tara Aso, has signaled cautious approval, although some officials remain skeptical about joining an institution that the US has warned against and that was launched by the country’s main rival.

“We have been asking to ensure debt sustainability taking into accounts its impact on environment and society,” Aso told Reuters. “We could [consider to participate] if these issues are guaranteed. There could be a change that we would go inside and discuss. But so far we have not heard any responses.”

The US is concerned that China is establishing a parallel economic order that may weaken institutions like the World Bank and the Manila-based multilateral Asian Development Bank (ADB) dominated by Japan and the US, and that it would erode international lending standards of transparency.

For their part, however, Chinese officials seem amenable to easing these concerns and maintaining dialogue with the US and its allies.  China’s Finance Minister Lou Jiwei insists that the Bank would complement the World Bank and its affiliates rather than compete with them.In an interview with state media, Lou added that Beijing was “maintaining communication” with the US and Japan.

Speaking about the impact on US-Australian relations, Hockey said that joining AIIB will not affect the countries’ alliance, as the US understands the merits Australia will reap from signing up.

US Credibility in Jeopardy Without IMF Reform - Treasury Secretary