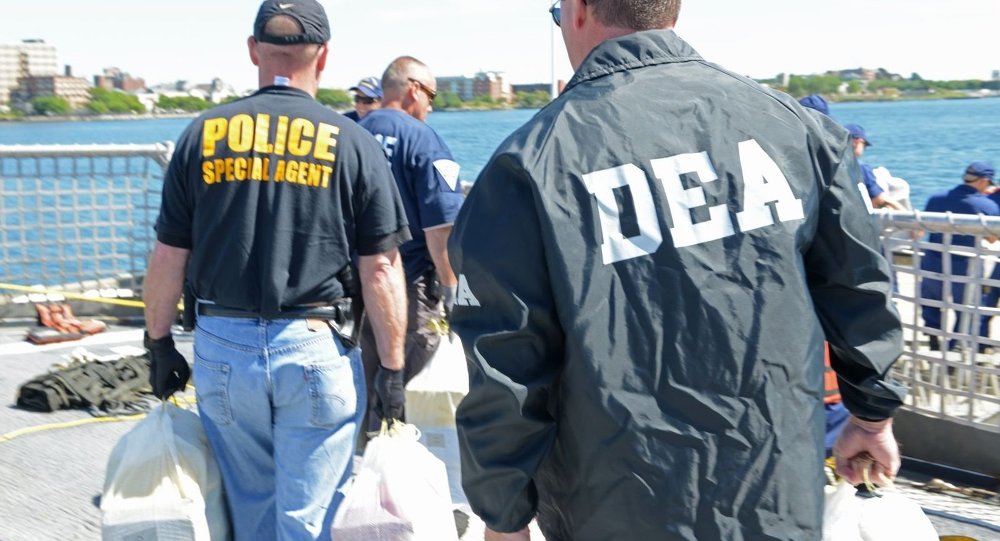 It’s all about the race.That’s what a former special agent with the Drug Enforcement Agency says in explosive new comments about how the US is handling the so-called “war on drugs” and why wealthier people are treated differently than the poor and working class.

“We were jumping on guys in the middle of the night, all of that. Swooping down on folks all across the country, using these sorts of attack tactics that we went out on, that you would use in Vietnam, or some kind of war-torn zone. And there wasn’t very many black guys in my position,” says Matthew Fogg in an interview with Brave New Films for a documentary about racial disparities in drug enforcement.

“So when I would go into the war room, where we were setting up all of our drug and gun and addiction task force determining what cities we were going to hit, I would notice that most of the time it always appeared to be urban areas.”

Fogg says that when he would ask why weren’t they investigating in more affluent areas, he would get brushed off.

“Maybe you all think they don’t, but statistics show they use more drugs out in those areas than anywhere. The special agent in charge, he says ‘You know, if we go out there and start messing with those folks, they know judges, they know lawyers, they know politicians. You start locking their kids up; somebody’s going to jerk our chain.’ He said, ‘they’re going to call us on it, and before you know it, they’re going to shut us down, and there goes your overtime.’”

Fogg, who is also a former US Marshal, says “racism drives the war on drugs.” Since retiring from federal law enforcement after more than 30 years on the job, Fogg has been speaking out against drug policy, police brutality and racial profiling.

“If we were locking up everybody, white and black, for doing the same drugs, they would have done the same thing they did with prohibition.

If it was an equal enforcement opportunity operation, we wouldn’t be sitting here anyway. It’s all about fairness, man.”