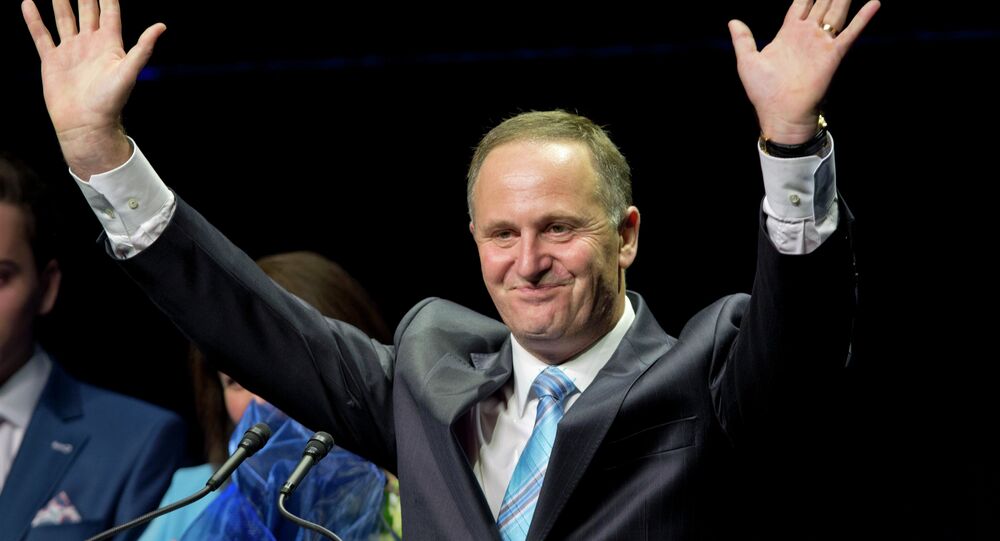 In August 2013, New Zealand Prime Minister John Key vowed to resign if it was ever proven that his country’s government spies on its own citizens. After top-secret documents revealed that New Zealanders indeed were targeted by a mass surveillance program, Key reneged on that pledge.

Key issued his denial, and the conditional vow to resign, as assurances that a new bill he advocated would not increase the surveillance powers of the country’s spying agency, the Government Communications Security Bureau. That bill ultimately passed by one vote, in part due to the prime minister’s guarantees that the new law would not permit mass surveillance.

Recently leaked documents allege the GCSB is an active member of “Five Eyes,” a surveillance alliance that includes electronic eavesdropping agencies from New Zealand, the US, the United Kingdom, Canada and Australia.

New Zealand’s role is to spy on small, friendly island nations in the Asia-Pacific region and collect data at a GCSB station in New Zealand’s Waihopai Valley, according to documents. That data is shared through an NSA surveillance system called XKEYSCORE, which analyzes data intercepted from 150 different locations worldwide.

On top of contradicting Key’s assurances that the government does not spy on New Zealanders, the leaked documents show that the GCSB’s domestic surveillance operations have dramatically expanded under Key’s administration.

A former director of GCSB under Key, Sir Bruce Ferguson, admitted last week that the agency engages in mass surveillance, then discards the information it is prohibited from collecting.

“The whole method of surveillance these days, is sort of a mass collection situation – individualized: that is mission impossible,” Ferguson told Morning Report.

On Monday, Key told Morning Report he could not confirm nor deny Ferguson's claims, but said the advice he had received was that GCSB was 100% compliant with the law.

Now, with a heap of evidence making GCSB’s spying practices undeniable, Key has chosen not to honor his vow to resign, saying he will not step down if it is proved – which it has been – that the GCSB carries out mass collection of New Zealanders’ communications.

During an appearance on New Zealand Radio, Key was asked if there is “mass collection of personal data of New Zealand citizens in the Pacific or not?”

Key, who was just elected to a third term, responded: “I’m just not going to comment on where we have particular targets, except to say that where we go and collect particular information, there is always a good reason for that.”

When asked late last week whether New Zealanders have a right to know what their government is doing in the realm of digital surveillance, the prime minister said: “as a general rule, no.”