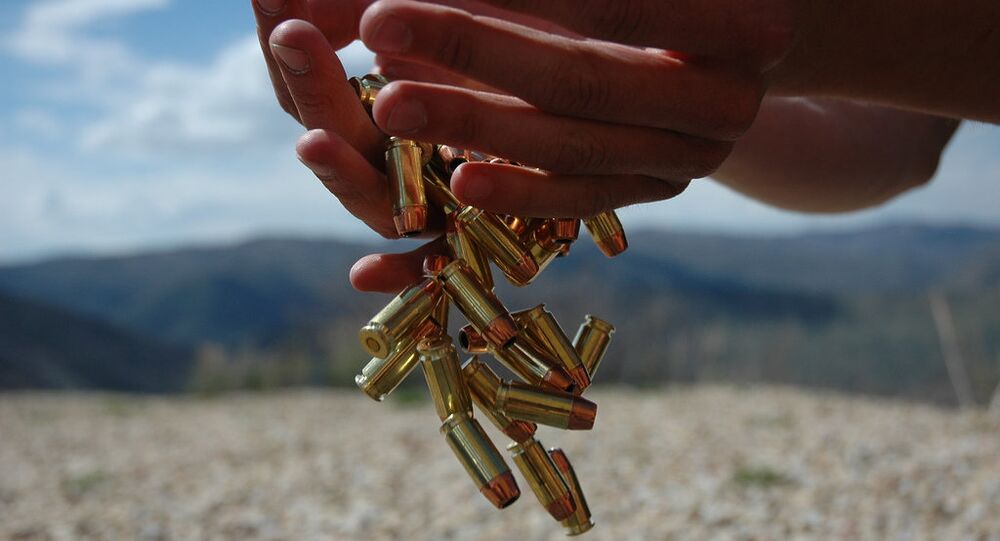 Law enforcement are still looking for the gunman in a spree of random shootings in Houston that has killed one, left residents worried and mystified police.

The first attack occurred on February 17, when a man got out of a dark SUV in the residential area of Missouri City, 15 miles southwest of downtown Houston, and tried to open fire on a 21-year-old student. The would-be shooter’s gun jammed, allowing his intended victim to escape.

Six miles north and 30 minutes later, the suspect shot and killed 34-year-old Pak Ho, who was out for a walk. A few hours later, the gunman was about 25 miles east of where he killed Ho when he shot another victim in the buttocks. That man was able to escape. Early that morning, a man who was waiting at a bus stop one mile north of where Ho died was shot several times, but survived.

Five days later, also in Missouri City, a man was walking when he was attacked by someone who exited an SUV, approached the victim and then started shooting, hitting his target in the arm and abdomen.

Police have not been able to establish a motive in the crimes, all of which they believe was committed by the same person. In each case, they believe, a light-skinned black male in his thirties driving a dark-colored SUV, probably a Jeep Cherokee, approached a pedestrian and began shooting without saying a word.

“We’re working on leads right now. To our knowledge he hasn’t struck again. I’m not sure whether he went underground because of all the media blast or what,” Missouri City detective Andrew Robb told the Guardian. “I wouldn’t call it ‘serial’ but it’s unusual where there’s not many witnesses to it. I don’t know why he’s doing it, so it’s one of those whodunit-type things right now.”

Last week, a Missouri City school with a playground that faces a street decided to keep children inside during recess and PE as a precaution.

James Alan Fox, a criminology professor at Northeastern University, told the Guardian: “When you have that kind of drive-by shooting, random victims, it’s generally for basically the thrill, and with thrill killings like that you tend to have perpetrators that are younger than their 30s.”