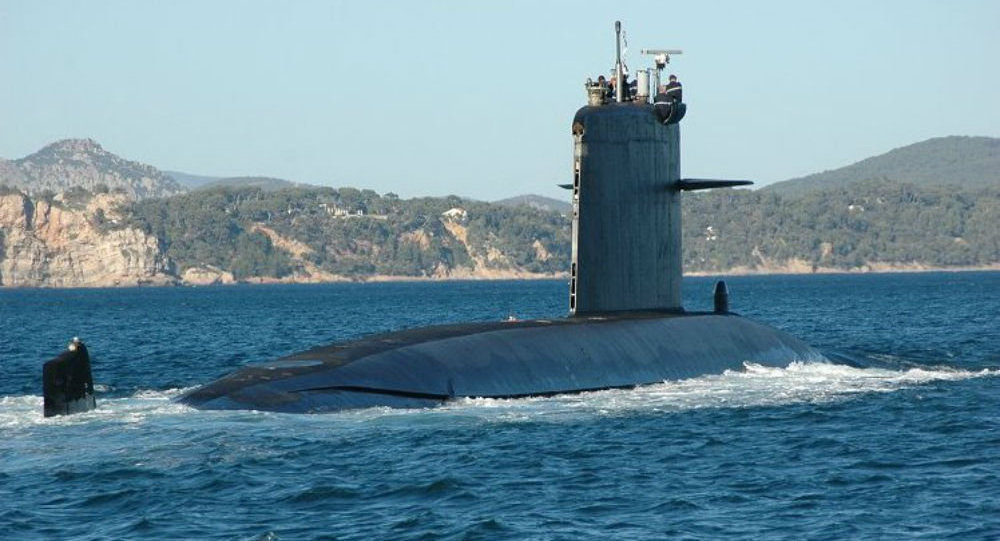 A series of joint naval drills between the United States and France recently didn't quite turn out the way the US, no doubt, expected. The practice scenario ended with the French nuclear submarine that was acting the part of an enemy ship "sinking" the American aircraft carrier and most of its escort.

The exercises were meant to test the newly upgraded carrier, which had undergone a four year, $2.6 billion overhaul, ahead of the Strike Group's deployment.

“We are going to experience real combat situations from all angles, there will be training evaluations from a hostile ship boarding, submarine attacks, and enemy ships or vessels trying impede their justice upon our strike group,” said Capt. Scott F. Robertson, of the USS Normandy in a statement about the exercises.

And all those exercises went well while SNA Saphir was on the American side of the imaginary conflict, in which fictional states were attacking US economic and territorial interests. The French sub supported the American vessels in anti-submarine warfare drills.

However, the second phase of the exercises found the French ship playing on the enemy side, charged with a mission to find and attack the Theodore Roosevelt.

And so it did, sneaking deep into the defensive screen of the Strike Group, avoiding detection by the American anti-submarine warfare assets, and, on the last day of the drill, "sinking" the Roosevelt and most of it's escort.

Aircraft carriers travel with these escorts, and train with submarines, precisely because they are so vulnerable to submarine attacks, the USS Theodore Roosevelt proving no (theoretical) exception.

"For every sailor who’s not in a submarine, submarines are real scary," writes David Axe at Real Clear Defense.

"Stealthy and heavily-armed, subs are by far the most powerful naval vessels in the world for full-scale warfare—and arguably the best way to sink those more obvious icons of naval power, aircraft carriers."

The original report on the drills was published March 4 on the website of the French marines under the headline, “Le SNA Saphir en entraînement avec l’US Navy au large de la Floride,” but has since been removed. A link in a Marine National tweet about the drill likewise, leads to a blank page. Parts of the article, however, are reproduced in French language reports.