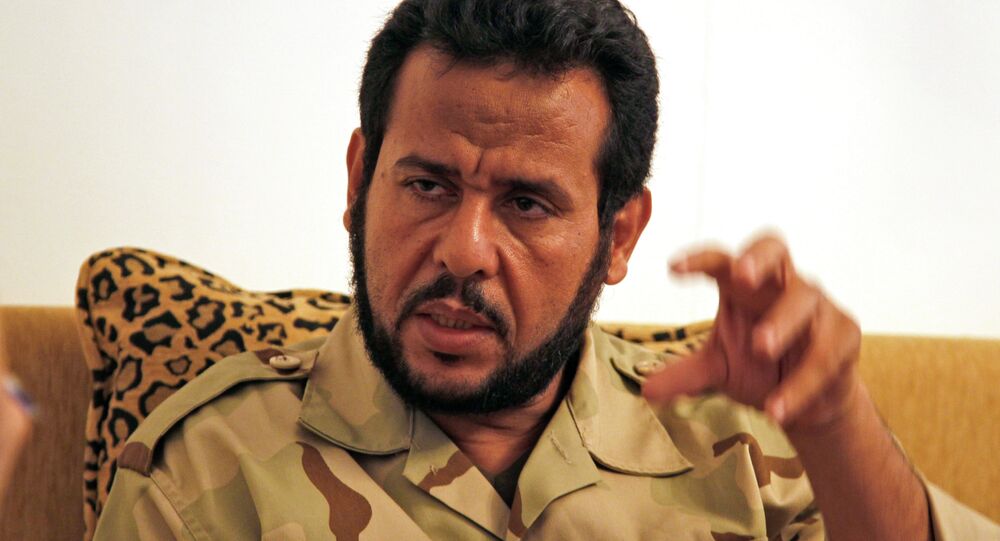 Abdelhakim Belhadj, who despite ties to al-Qaeda was backed by the United States and NATO during the overthrow of Moammar Gadhafi, has joined the Islamic State in Libya and is leading forces there, according to US intelligence officials.

Belhadj, a Libyan national and former head of the al-Qaeda-linked Libyan Islamic Fighting Group, was considered by President Barack Obama’s administration and some members of Congress as a “willing partner” in the overthrow of Gaddafi in 2011.

Belhadj indeed was held in a secret CIA detention center, and his connection to the spy agency remains murky. In 2004, Belhadj  and his pregnant wife were arrested in Kuala-Lumpur airport in Malaysia. He was transferred to a CIA “black-site” in Bangkok before being turned over to Gadhafi’s government, which threw him in the Abu Selim Prison.

Belhadj was freed in 2010 by the Gadhafi regime as part of a reapproach toward local Islamists. In 2011, however, he chased the Gadhafi family out of Tripoli as the leader of the Libyan Islamic Fighting Group that was backed by the US and NATO.

Despite Belhadj’s well-known ties to al-Qaeda, he was made head of the Tripoli Military Council, a position he held until resigning to run for office in May 2012.

He has also been connected to terrorist operations around the world, including the 2004 Madrid train bombings and the murder of two Tunisian politicians at behest of the Muslim Brotherhood.

Belhadj’s reported move to Islamic State would bolster the terrorist group’s efforts to recruit Libya’s existing militant forces, which includes as many as 3,000 fighters, according to the Washington Times.

This would not be the first time western-backed “moderate rebels” who were recruited to fight terrorists ended up crossing to Islamic State or al-Qaeda. In Syria, the so-called "Hazm movement" defected to al-Qaeda-affiliated al-Nusra front, while 3,000 members of the Free Syrian Army pledged support to Islamic State.

In Libya, Islamic State militants already are receiving “tangible assistance” from training camps at a new support base near the port city of Derna in the eastern part of the country, according to counter-terrorism sources who spoke with Fox News’ Herridge.

The situation raises fresh security concerns as the US and its allies struggle to keep tabs on the terror group as it expands throughout the Middle East.

An unnamed source told Herridge they would not be surprised "if the next 9/11 came out of Libya."