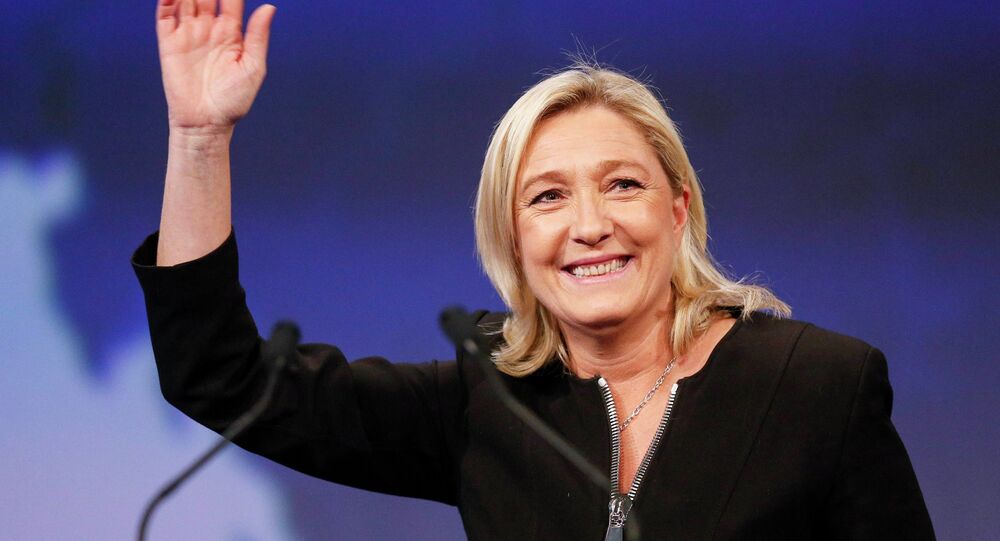 Leader of French National Front wants France to escape US influence and join forces with Russia to combat Islamic fundamentalism.

Marine Le Pen, currently one of the most popular politicians in France, has called for a drastic change in French foreign policy.

“We have to bring radical change to the foreign policy of France, now dictated by United States,” she posted on her Twitter on Tuesday.

One of the main aims of Marine Le Pen’s National Front party is to combat the Islamic fundamentalism and radicalism that is posing an ever increasing threat to the world lately. In making her call, Le Pen is seeking Russia as an ally to join the fight against terrorism.

She also expressed the necessity to resume political relations with Syria, which were ended in 2012 when the government of Nicolas Sarkozy recognized the opposition as “the only legitimate representative of Syrian people” and withdrew the French embassy from Damascus at the start of civil conflict.