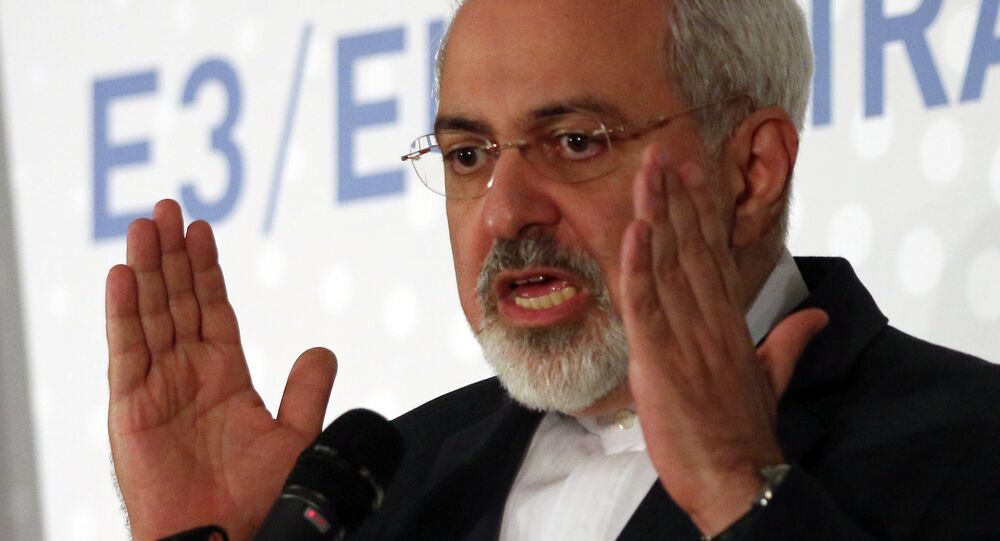 Iran on Tuesday refused to halt its nuclear work for at least 10 years – a condition which President Barack Obama said was non-negotiable if the two sides are to reach a deal on the country’s nuclear program.

The refusal came after Iranian Foreign Minister Mohammed Javad Zarif and United States Secretary of State John Kerry met for a second day of negotiations in the Swiss lakeside town of Montreaux.

On Monday, Obama told Reuters that Iran must commit to a verifiable halt of at least 10 years on sensitive nuclear work for a landmark atomic deal to be reached.

"Obama’s stance… is expressed in unacceptable and threatening phrases…," he said, adding that talks with Kerry in Switzerland would nonetheless carry on.

The US hopes Iran will restrain its nuclear program in exchange for relief from sanctions that have crippled its economy, thereby reducing the risk of war over the protracted stand-off

In Washington, Benjamin Netanyahu on Tuesday delivered his much-anticipated speech to Congress, which heard the Israeli Prime Minister accuse Iran of using its nuclear program to develop a weapon.

Netanyahu warned against accepting a nuclear deal with Iran that would be a “countdown to a potential nuclear nightmare” by a country that "will always be an enemy of America.”

"If the deal now being negotiated is accepted by Iran, that deal will not prevent Iran from developing nuclear weapons; it will all but guarantee that Iran will get those nuclear weapons – lots of them,” Netanyahu said in a point-by-point critique of Obama's Iran diplomacy.

A senior U.S. administration official told Reuters that Netanyahu failed to offer an alternative in his speech.

"Simply demanding that Iran completely capitulate is not a plan, nor would any country support us in that position. The prime minister offered no concrete action plan," said the official, speaking on background.

Kerry and Zarif were in the midst of their third round of negotiations for most of Netanyahu’s 39-minute address.

The two sides have set a deadline of late March to reach a framework agreement and of June for a comprehensive final settlement to curb Iran's nuclear activity, Reuters reported.

Iran wants a swift end to sanctions in any deal — one of the sticking points in the high-level negotiations.

While the US has taken the lead in talks with Iran, it is representing five other major powers: Britain, China, France, Germany and Russia – a group collectively known both as the P5+1 and the E3+3.

"The talks between the E3+3 and Iran are also advancing well," he told the U.N.-backed Conference on Disarmament. "I would even go so far as to say that in 10 years of negotiations, we never achieved as much progress as we have made this year."