Despite rigorous and invasive screening procedures, the Transportation Security Administration said it would be unlikely to spot what the FBI called “the greatest potential incendiary threat to aviation.”

Thermite – a mixture of rust and aluminum powder – could be used against a commercial aircraft, the TSA warned in a December 2014 secret document obtained by the Intercept.

“The ignition of a thermite-based incendiary device on an aircraft at altitude could result in catastrophic damage and the death of every person onboard,” the document read.

A thermite-based incendiary device, which is easy to assemble, likely would pass through security checkpoints undetected, the TSA said. Additionally, extinguishers on aircrafts would be useless, creating a violent chemical reaction rather than putting out the fire.

The TSA warning is based on tests the FBI conducted in 2011, and a subsequent report.

A lit thermite bomb would “produce toxic gasses, which can act as nerve poison, as well as a thick black smoke that will significantly inhibit any potential for in-flight safety officers to address the burn,” the TSA document states.

The TSA therefore instructed federal air marshals not to use the water or halon fire extinguishers currently found on most aircraft. They should instead “recognize a thermite ignition” – but the TSA has not trained marshals on how to do so, the Intercept reported.

“We’re supposed to brief our [federal air marshals] to identify a thermite ignition, but they tell us nothing,” said anonymous TSA official told the Intercept. “So our guys are Googling, ‘What does thermite look like? How do you extinguish thermite fires?’ This is not at all helpful.”

Additionally, the TSA has not provided equipment that could lessen the threat of thermite-based bombs, such as dry chemical extinguishers.

“They say to identify something we don’t know how to identify and say there is nothing we can do,” a federal air marshal told the Intercept. “So basically, we hope it’s placed somewhere it does minimal damage, but basically we’re [screwed].”

According to aviation security officials, the TSA floods its employees with information from other agencies on various types of threats, but does not tell them how to practically deal with the threats.

“You’re signing off on this saying you’ve received this briefing,” a former transportation security official said. “This covers their ass in case something happens. They can say, ‘We shared our intel.’”

S.Y. Lee, a spokesman for the Department of Homeland Security, said in a statement: “As a general matter, DHS, the FBI and other partners in aviation security regularly share information on potential threats affecting air travel safety. This information is shared in a timely and consistent fashion. When relevant and actionable information is developed, we work to identify countermeasures to mitigate the threat.” 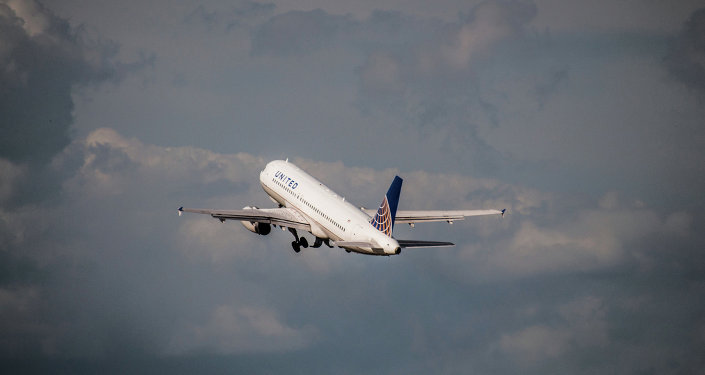 The FBI tests showed that thermite devices “spew molten metal and hot gasses” and have the potential to “burn through steel and every other material” on an aircraft.

However, the bureau believes would-be terrorists have a greater interest in using incendiary materials other than thermite in a potential attack.

Jimmie Oxley, a professor of chemistry at the University of Rhode Island and an explosives expert, said a thermite-based device is an impractical weapon, due in part to the time it takes to ignite.

“Somebody has to give you time to play on the plane,” Oxley said. “Like with the shoe bomber, people do notice if you’re doing something weird in this day and age.”