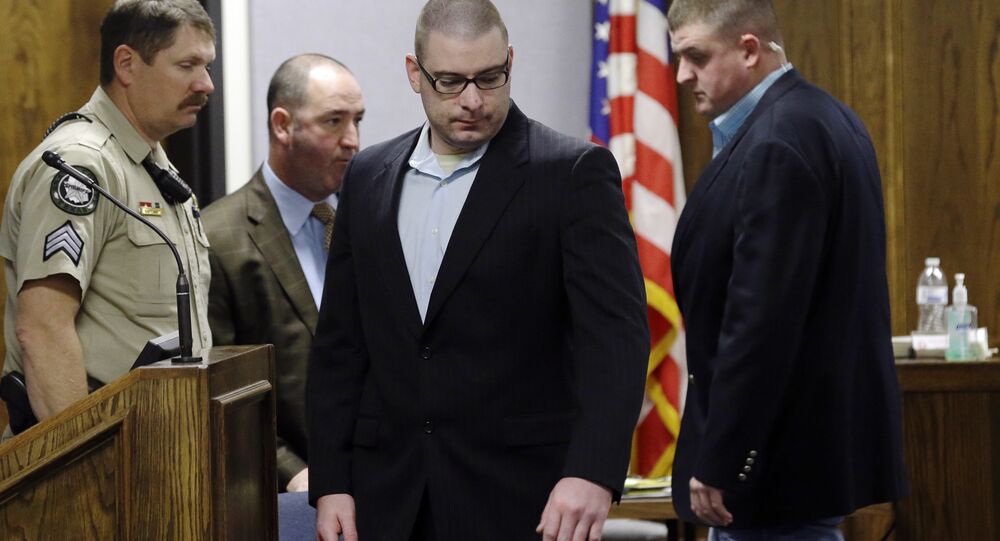 Eddie Ray Routh was convicted on two counts of murder and one count of capital murder in connection with the fatal shootings of Kyle, 38, and friend Chad Littlefield, 35.

Since the prosecution did not seek the death penalty in the case, Routh automatically will receive life in prison without the possibility of parole.

Routh, 27, confessed to shooting Kyle and Littlefield while the trio were at a shooting range in rural Erath County, about 100 miles southwest of Dallas, in February 2013, but pleaded not guilty by reason of insanity.

Routh was repeatedly hospitalized and medicated at Department of Veterans Affairs facilities for “psychosis” after his honorable discharge from the Marines in 2010.

Kyle is the deadliest sniper in US military history, recording 160 confirmed kills in Iraq from 1999 to 2009.

He recounted his wartime experience in the 2012 autobiography, "American Sniper." That was also the title of the Academy Award-nominated film based on Kyle's military and personal life. Interest in the trial has been partially driven by the blockbuster movie, which stars Bradley Cooper as Kyle.