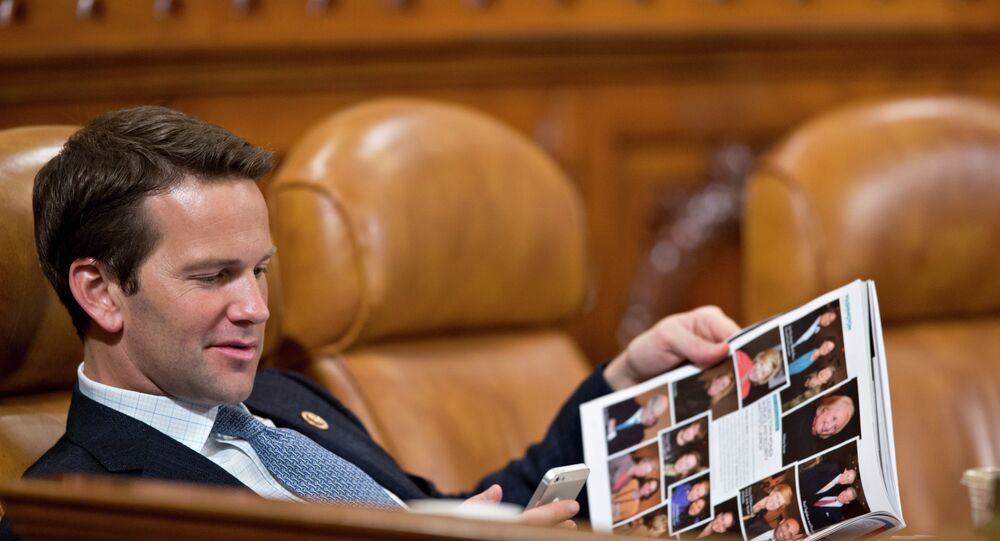 GOP Lawmaker 'Selfies' Self into Scandal Over Spending

It was the work of two industrious journalists which brought about President Richard Nixon’s disgraceful departure from the White House. But for Rep. Aaron Schock, the congressman may be undone by his own Instagram account.

An Associated Press investigation revealed that Schock, an Illinois Republican, spent tens of thousands of dollars in taxpayer and campaign funds on flights aboard private planes owned by some of his key donors.

How did the AP track Schott’s reliance on aircraft travel? Through the congressman’s selfies and videos that were uploaded to his Instagram account, of course.

The AP extracted location data associated with each image then correlated it with flight records showing airport stopovers and expenses later billed for air travel against Schock’s office and campaign records.

Schock, a rising star in the GOP, has spent more than $40,000 on at least one dozen flights on donors’ planes since mid-2011, according to the AP.

Beyond air travel, Schock spent thousands more on concert tickets. But we’re not talking about performers favored by your typical legislator (Paul Simon, anyone?); Schock took his interns to a sold-out Katy Perry concert in DC last June.

“You can’t say no when your boss invites you. Danced my butt off,” one former intern posted on his Instagram account with a picture of Perry at her June 2014 show. Records show a $1,928 expense for the ticket service StubHub.com two months later, listing it only as a “PAC fundraising event,” the AP reported.

In October, a political action committee associated with Schock, GOP Generation Y Fund, paid $1,440 to a massage parlor for a fundraising event.

Records show more than $1.5 million in contributions to the Generation Y Fund since Schock took office in 2009.

INSTRAGRAM/aaronschock
Schock and company in the Aegean Sea

Questions about the 33-year-old lawmaker’s expenses also arose after he decorated his office after the TV show “Downton Abbey.”

“Haters are gonna hate,” Schock told ABC News after the “Downton Abbey” story broke in The Washington Post, brushing off the controversy by quoting a line from pop singer Taylor Swift.

He was less lyrical when questioned about the AP investigation, saying he takes compliance with congressional funding rules seriously, and has begun a review of his office’s procedures “concerning this issue and others to determine whether they can be improved.”