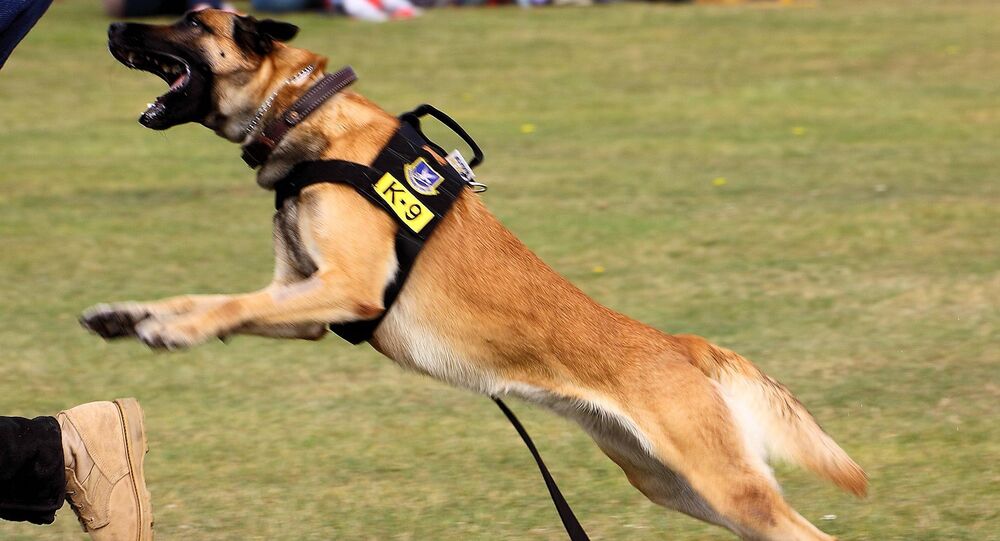 A four-year-old Southern California boy is recuperating from a vicious attack by his father’s police dog.

The youngster was mauled by the dog and ended up losing a foot, but authorities are saying it could have been much worse had a neighbor not intervened.

Jeff Houlemard was at home in the San Bernardino suburb of Rialto when his son and a friend came rushing in and yelled to call 9-1-1 because the neighbor’s little boy was being attacked by his father’s police dog.

Houlemard and another neighbor ran to the little boy’s home and saw the dog shaking the boy by the leg. They freed the 4-year-old from the dog’s grip and got him medical attention.

Investigators found out that the boy’s father is a police officer and the dog is part of a K-9 investigative unit.

Rialto (CA) Police Department website/screenshot
Jango the Police Dog
The boy’s mother had gone out shopping, while the father put the dog outside while he went upstairs to change, but his young son wandered outside looking for his mother and that’s when he was attacked.

The San Bernardino County Sheriff’s Department and the local animal control agency are conducting their own investigation. The dog is currently quarantined at a local animal shelter.