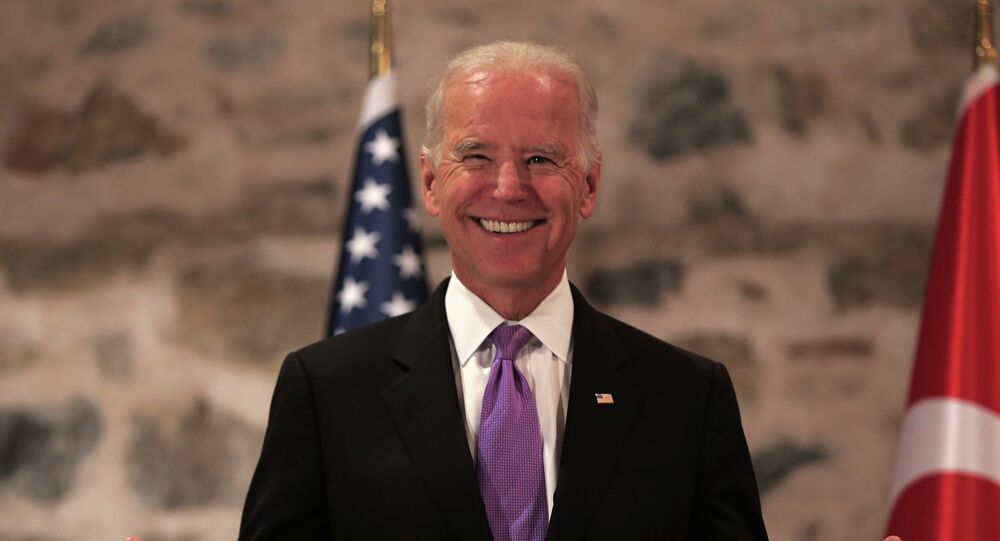 Speaking in Iowa on Friday, Biden called out to his "old butt buddy" Neil Smith, wondering whether his friend was in the audience.

Those giggle-inducing remarks are just the latest flub from Biden, whose catalog of blunders, dubbed “Bidenisms,” date back to before he hit the presidential campaign trail with then-Senator Barack Obama.

In 2006, Biden made remarks that indicated only Indian-Americans run convenience stores and doughnut shops.

“You cannot go to a 7-Eleven or a Dunkin’ Donuts unless you have a slight Indian accent. I’m not joking,” said Biden, then a Senator from Delaware.

He demonstrated his ability to change history – or at least misrepresent it entirely – in a 2008 interview with Katie Couric.

“When the stock market crashed,” Biden said, “Franklin D. Roosevelt got on the television and didn’t just talk about the, you know, the princes of greed. He said, ‘Look, here’s what happened.’”

Unfortunately for Biden, FDR was not President when the stock market crashed, and televisions were not in use at the time.

Biden nonetheless found his way onto the ticket with Obama, who may have been the first hygienic African-American the future vice president had ever encountered, judging from remarks Biden made during the 2008 presidential campaign.

“I mean, you got the first mainstream African-American who is articulate and bright and clean and a nice-looking guy,” he said. “I mean, that’s a storybook, man.”

What stories are you reading, Joe?

But surely, after Obama won his first presidential election, making Biden the second-most-powerful man in the US, a team of speechwriters and rhetoricians would fully dedicate themselves to keeping the vice president from being his own worst enemy.

Instead, he suggested that Republicans blocking President Obama’s jobs bill wanted more rapes and murders to be committed.

“It’s not temporary when that 911 call comes in and a woman’s being raped, if a cop shows up in time to prevent the rape. It’s not temporary to that woman. I wish they [Republicans] had some notion of what it was like to be on the other side of a gun, or a 200-pound man standing over you, telling you to submit.”

I thought we were talking about jobs, Joe? How did we get here?

Those comments incensed the GOP but did nothing to keep a horse bit in the middle of Biden’s beaming smile. While embarrassed Dems covered their eyes, Republicans reminded the country that this man is next in line for the presidency of the United States of America.

But, the passes continued, including when, during the ObamaCare signing ceremony in the East Room of the White House, Biden whispered into the ear of President Obama: “This is a big fu**ing deal,” – a remark picked up by the microphone for all to hear.

And if you can’t understand Biden’s message, he’ll happily spell it out for you.

It’s “a three-letter word: jobs. J-O-B-S, jobs,” is what Biden said in reference to the No. 1 concern facing the middle class, marking the most public misspelling by a VP since Dan Quayle misspelled “potato.”

So, Mr Vice President, keep on saying what’s on your mind – or what gets grossly mistranslated as it travels from your mind out of your mouth. We’ll keep listening, although at this point, it’s unlikely we’ll ever be surprised.