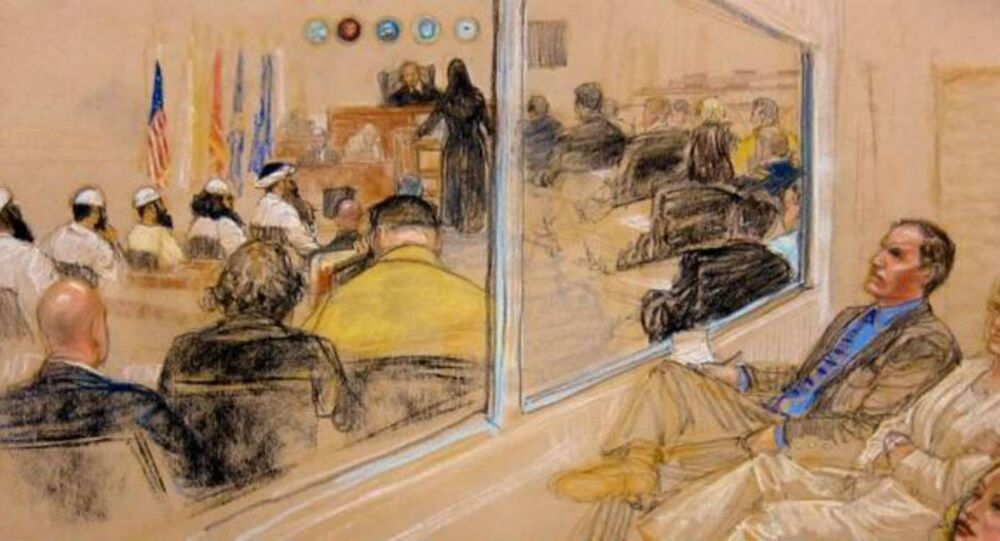 A court hearing in Guantanamo Bay for the five men accused of plotting the September 11, 2001, terrorist attacks was halted after one of the defendants recognized a courtroom interpreter from CIA black sites.

Minutes into Monday’s hearing, the judge called a recess after one of the defendants, Ramzi bin al-Shibh, said he had seen his court-appointed interpreter at CIA black sites where the defendants had been tortured.

"I cannot trust him because he was working at the black site with the CIA and we know him from there," said bin al-Shibh, a 42-year-old Yemeni national who was captured in Pakistan in 2002, speaking in English.

Defense attorneys alleged that the interpreter may have been placed on the team to monitor them.

Cheryl Bormann, an attorney for alleged 9/11 co-conspirator Walid bin Attash, also told the judge that her client informed her "there is somebody in this courtroom who was participating in his illegal torture."

James Harrington, lead attorney for bin al-Shibh, later said that four of the five defendants are "adamant" in their belief that the interpreter worked at the black site, and that the fifth is unsure.

The courtroom was cleared after the chief prosecutor, Brigadier General Mark Martins, was granted a continuing recess to look into the matter. The judge encouraged both sides to look into the interpreter’s past.

The next day, the Pentagon confirmed that the interpreter had worked for the CIA, but would not say whether he worked at a black site.

A pentagon spokesman said the interpreter “has in the past made readily available to prospective supervisors his prior work experience with the United States government, including with the CIA.”

But Harrington, bin al Shibh’s attorney, said the interpreter denied working for the CIA when Harrington vetted him.

“If people aren’t truthful about their background, there’s really no way for us to determine whether or not they are inappropriately assigned to our team,” added Borman, bin Attash’s attorney.

Anne FitzGerald, Director of the Research and Crisis Response Program at Amnesty International, who was present in the courtroom, said "If these allegations are true, then the interpreter's presence alongside the former black site detainees is deeply unsettling. The defense teams should be able to interview him as a likely witness to torture and enforced disappearance.”

Monday's proceedings were part of the pre-trial process, with the actual start of the trial still months away.