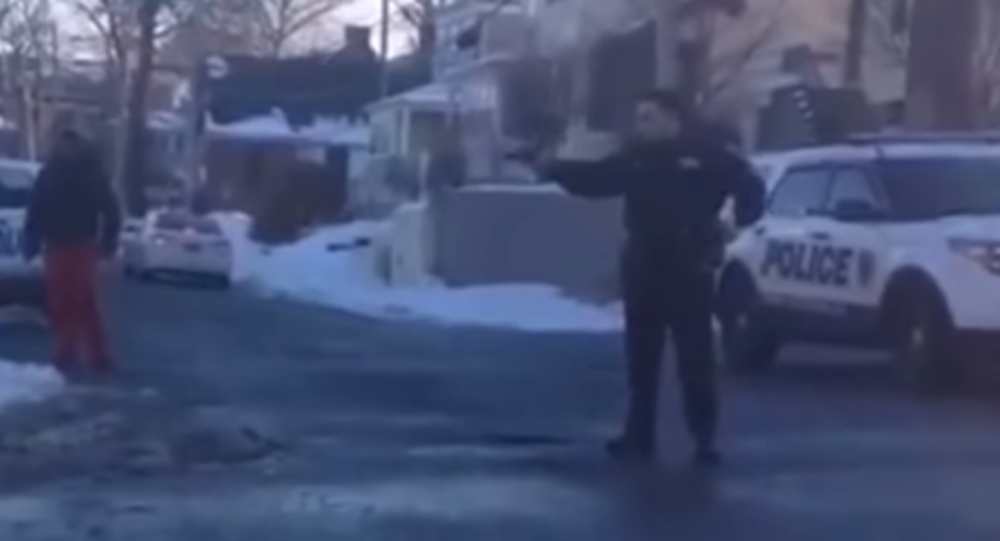 A New York cop was caught on camera drawing his gun at a group of teenagers playing in the snow and holding them on their knees, after responding to calls of disturbance.