Recent figures reveal that NHS England is set to spend £6.1 million on paying public relations people during the current fiscal year; while Accident and Emergency departments in England remain on the brink of collapse.

Public Health England's PR bill is to rise by 21 per cent to £3.5 million. Inspectorate body, The Care Quality Commission, is to increase by 12.6 per cent to £1.2 million. Monitor, which regulates foundation trusts, is set to spend £1.3 million on PR, an increase of 25 per cent.

And as the PR bills rise, so does the NHS on the political agenda.

Dr Jacky Davis, a consultant radiologist in North London and author of ‘NHS for Sale' published by Merlin Press, says five years ago the NHS was at its most popular and was the most successful health service in the world.

"Now they have put it into crisis".

For the first time in a decade, A&E departments in England missed the four-hour waiting target for almost all of their patients. Ninety-four per cent of hospital admissions had to wait for more than four hours from the time they arrived to when they were either transferred or discharged. 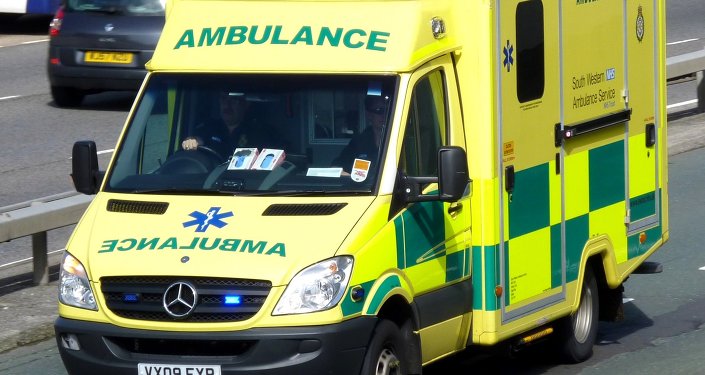 © Flickr / Graham Richardson
Too Many Patients, not Enough Beds: Concern Grows for the NHS

Dr Jacky Davis says the truth behind the A&E crisis is that the government closed too many departments.

"So there's fewer to go to and when patients do get there, there are no beds. It's not full of time wasters — that's nonsense. It takes a doctor to decide whether they're sick or not, a medical opinion is needed before a patient goes home".

And if a patient is lucky enough to get a bed, they can't leave it because of the cuts to the community and social care budget. "There's no one to look after them. England has the second lowest number of beds in Europe", says Dr Davis.

Founded in 1948, the NHS was created to provide a range of health services to everyone living in Britain that were free at the point of use.

.@legalaware $64,000 question for politicians. If we can't afford the most cost effective health service in the world what can we afford?

However, Section 75 of the Health and Social Care Act stipulates that every NHS service must be opened up to competition from private firms and voluntary groups. The act falls under EU procurement law, which enforces competition rules.

A long read (but worth it) about how the Health and Social Care Act changed the NHS. http://t.co/jOvdhD2N1h pic.twitter.com/NLswc4T7BC

Following the new legislation, GPs are in charge of the budget and have to put all the contracts out to tender and according to Dr Davis, private companies increasingly win them.

The argument politician's use — that it is still free at the point of delivery — has nothing to do with it, says Dr Davis.

"The NHS needs to go back to how it used to be. Publicly funded and publicly accountable, everyone knew what was going on.

"The government is just throwing meaningless statistics around and trying to bamboozle people over the A&E crisis".

According to Dr Davis, the big scandal in hospitals in England is that they have refused to sign up to the government's proposed budget because they can't go on like this on reduced finances.

And the biggest lie from the government, says Dr Davis, "is that they said before the election five years ago that there would be no more top down reorganisations of the NHS and that ‘we're not privatising the NHS' — but that's exactly what they're doing".

RT Even @David_Cameron MPs they made huge mistake Re #NHS Privatisation, but he even ignores them #AskTheLeaders @Lbc pic.twitter.com/NqtgqRJPN3

"I think the Tories are in trouble over the NHS and they have got to do some fast spinning to make them look better having made a complete mess of the NHS in the last five years."

The projected cost on PR and communications surrounding the NHS is expected to stand at £12.1 million.